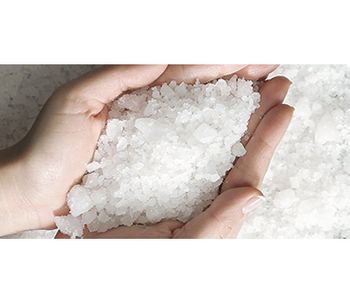 Chlorine is the most used and preferred type of disinfectant in drinking water and wastewater disinfection, and now it is much easier for businesses to produce their own chlorine on site.

Chlorination has been the most widely used method for many years in the disinfection of high-volume water such as treatment plants, due to its residual and economical nature. The use of chlorine chemicals produced and transported as gas or liquid in Chlor-Alkali factories in drinking water, waste water or industrial facilities has disadvantages such as high occupational and environmental safety risk, odor problem in water, unavoidable environmental effects and additional costs. Chlorine production technology from salt eliminates all the disadvantages of commercial chlorination, enabling facilities to produce as much chlorine as they need on their own, using only table salt and electricity.

Kemisan, which develops and produces its technology in Turkey with its 45 years of experience in this field, has succeeded in switching many drinking water treatment plants from gas chlorine to salt chlorine technology in a short time and pioneered the widespread use of this technology in our country. Chlorine production from salt (chlorine generator) technology, which has positive effects on both our institutions, our people and our nature, has multiple benefits for institutions and businesses.

During the water disinfection process, issues such as the cost of disinfectants to businesses and institutions, the disinfection ability of the chemicals used and the prolonged prevention of bacteria and microorganisms in water are gaining importance. Commonly used commercial chlorine - especially liquid chlorine - is combined with sodium hydroxide, although it is known to reduce its efficacy, in order to increase concentration during production and extend shelf life. However, fresh, active and low pH chlorine produced by chlorine generator is much more effective and superior in many respects than commercially supplied chlorine.

Enterprises that use chlorine gas, which is one of the commercial chlorine types with the lowest disinfection costs, constantly face the risk of gas chlorine leakage in their chlorine gas tanks and systems. Occupational safety risks of operators working in water treatment departments in treatment facilities or industry are the responsibility of the management staff. The fatal potential of chlorine gas accidents has led to the need to take the highest safety precautions in the facilities. However, in case of a gas chlorine accident within the facility, no matter how much precautions are taken, it is highly likely that the surrounding settlements and personnel will be heavily affected by the accident. The solution concentration produced by chlorine generators is less than 1%, eliminating the risk of gas chlorine and the security investments required during the use of chlorine gas. In this way, businesses and institutions provide a great advantage in occupational safety and health issues.

Due to its low unit price, chlorine gas is among the most preferred methods for disinfection of high amounts of water. Ironically, although chlorine gas is used to disinfect water for human health, it is also a very dangerous chemical that has deadly effects in direct contact. Transportation of such a dangerous product on highways during its transfer from production facilities poses a great danger to public health. One of the biggest advantages of switching to on-site chlorine production (chlorine generator) systems from salt is that it reduces the danger on the roads to zero by ending the commercial chlorine transportation. Thus, institutions and businesses prevent possible fatal chlorine gas accidents.

The most important issue in terms of the sustainability of businesses or institutions is the financial burden of the disinfection method used. Products that are produced in Chlor-Alkali facilities such as gas chlorine and that require regular purchasing not only make institutions and businesses dependent on the chemicals produced by a small number of producers for disinfection process, but also bring the safety investments and heavy operating costs required for the use of these products. Many items such as transportation and storage of chemicals used, the need for expensive auxiliary chemicals to increase its efficiency due to the loss of concentration during storage, and the investments to the personnel required for the operation of all these chemicals and to be made for the occupational health and safety of the personnel, cause the costs to increase exponentially during water disinfection. However, on-site chlorine production systems from salt need minimum personnel during the disinfection process, minimize or even eliminate occupational health and safety costs. Furthermore, because the only raw material to be supplied from outside during chlorine production is any salt that can be obtained from many different vendors, it provides an enormous economic benefit to institutions.

Up to 50% Reduction of Disinfection Byproducts (DBP)

As it directly affects public health, it is essential that the water is at the levels and quality of the drinking water regulations set by the relevant ministries and units of the state. These limits are accepted as reference in drinking water treatment plants and it is ensured that the values of the organics it contains do not exceed these levels. Unfortunately, during the disinfection process, the reaction of chlorine with organic substances in water results in disinfection by-products known as Trihalomethane (THM) and Haloacetic Acid (HAA). One of the most important issues for drinking water treatment plants is the reduction of DBPs and keeping them below the specified limits. Thanks to the active oxidants contained in the mixed oxidant type salt chlorine generator, which is an advanced type of on-site chlorine production facilities from salt, it is possible to reduce the rate of DBP by up to 50%. In this way, while the desired amount of residual chlorine can be left in the city water network lines, the lowering of the DBPs to the minimum levels makes DBPs not a worrying issue for treatment plants.

The residual chlorine amount in the water is measured with samples taken from various points of the city in order to understand the continuous disinfection process in the water supply network. However, despite the measured residual chlorine, waterborne outbreaks are observed in certain parts of the city at certain times. The biggest reason for this to happen is the BIOFILM layer that forms and grows over time on the lines. Biofilm layers, with their slimy structure, provide a suitable environment for the microorganisms in the water to reproduce by trapping them. The biofilm layer, which is resistant to chlorine, provides strong protection for microorganisms, against especially chlorine. Microorganisms multiply rapidly in this safe environment, and the biofilm layer tears at some point. This causes all the microorganisms that have multiplied to disperse in the flow direction of the water network, and the residual chlorine content in the water becomes unable to cope with the high amount of bacteria in a short time. Mass epidemics may suddenly appear in certain parts of the city as a result of the spread. While chlorine alone cannot prevent biofilm formation, it cannot also destroy existing biofilm layers at the same time. Mixed oxidant type sodium hypochlorite generators; in other words, on-site chlorine production plants from salt eliminate the biofilm layer in all water supply network without the use of any other chemicals, while at the same time completely preventing its formation.

Local and National 45 Years of Experience

Exemplary Institutions and Businesses Transitioning to Future Technology in Turkey

Despite the fact that there are few producers of chlorine from salt and mixed oxidant type sodium hypochlorite production systems in the world, one of the companies that have developed this technology in the best way is a Turkish company with a hundred percent domestic capital and 45 years of experience. It enabled the private enterprise to rapidly switch to this technology. The institutions listed below have been using these systems, which can be applied to many different sectors, and have been using them for a long time;

No comments were found for Chlorine Production From Table Salt Systems Spreading Out in Drinking and Wastewater Treatment Plants. Be the first to comment!