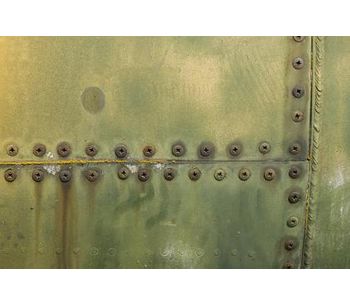 In the aerospace industry, there are two major components to any aircraft fatigue inspection process: time and accuracy. In order to ensure safety while maintaining costs and reducing downtime, inspections and testing have to be fast and efficient without sacrificing accuracy or thoroughness.

This combination of benefits has led to a widespread embrace of nondestructive testing (NDT) for fatigue in both public and private aircraft. NDT testing can help reduce aircraft grounding by quickly detecting small problems before they turn into larger ones.

However, not all NDT solutions work the same. eddy current array (ECA) and phased array ultrasonic testing (PAUT) have been shown to be the two most efficient, thorough, cost-effective, and accurate tools for aircraft and aircraft components.

Fatigue in metal airframes most commonly manifests in cracks, which are often microscopic at first. In order to prevent these cracks from worsening, fatigue needs to be detected immediately. Eddy current and ultrasonic NDT methods can provide the path toward a more efficient and accurate flaw detection.

View a webinar on the top technologies for aircraft inspection.

Eddy current NDT employs electromagnetic currents to create an accurate map of surface and subsurface materials. By inducing a current into the material, flaws and cracks can be spotted. Where there are irregularities in the current, there can be a flaw.

When it comes to conducting an inspection using eddy current array technology, there are several key components involved. Probes (and/or probe delivery systems) collect the actual data, and that data is sent to the instrumentation which creates the actual picture. High-powered intelligent software analyzes the results, giving the technician a quick and accurate picture of the surface.

Read more on how to conduct eddy current testing of aircraft.

Phased array ultrasonic testing is a versatile, adaptive, and relatively easy-to-use NDT methodology. In ultrasonic testing (UT), a high-frequency sound wave is introduced into the material. Any anomaly creates an “echo” which is translated into a visual by instrumentation and software.

Ultrasonic testing equipment is widely used on a variety of different surfaces and geometries. There is a wide variety of tools that can quickly create hyper-accurate images of volumetric anomalies. Scanners, probes, and wedges allow technicians to easily adjust between the different shapes and angles found in aircraft and aircraft parts.

Scanners are especially useful and efficient for testing large-scale surfaces such as wings, making them extremely valuable for aircraft fatigue testing and analysis.

Nondestructive Fatigue Testing and Analysis for the Commercial Aerospace Industry

Regardless of aircraft type—jets, single-engine private planes, cargo planes, spacecraft—testing for fatigue is of utmost importance. But, depending on the type of aircraft and its specific needs, technicians could potentially use either phased array ultrasound or eddy current array.

The most important aspect of commercial aircraft inspection is flaw detection; it promotes efficient preventative maintenance. With every flight representing a chance to increase a company’s revenue and profitability—and every delay a chip into that —keeping planes in the air is crucial.

Watch a webinar on improving flaw detection in the aerospace industry.

With the right NDT solutions, commercial airlines are able transport people and cargo on a regular schedule and reduce delays.

The military and defense industry also relies on the use of NDT to keep its aircraft operating as safely and efficiently as possible.

Learn more about the role of nondestructive testing for military aircraft.

With so much dependent upon the results of an aircraft’s test, it is vital to expand the coverage area while reducing time spent on each inspection. However, reducing time shouldn’t mean a sacrifice in flaw detectability. The key is to use the right combination of technology and expertise for maximizing inspection capabilities.

Read a white paper about the signal to noise ratio in military aircraft.

The last thing someone operating a military aircraft wants to think about is the potential for undetected fatigue. By creating a truly effective testing system, you can grant them peace of mind and enable a mission-focused approach.

See how NDT benefits the military and defense industry.

For many industries, especially those operating aircraft, downtime can be the enemy. But, rushing through an inspection is far worse than delaying flight. In addition to the human danger of operating an unsafe aircraft, there are secondary dangers as well—operational issues, loss of consumer trust, or losing contracts, all of which can be harmful to your business.

See how to improve flight safety with NDT testing.

When there is nothing more important than safety, leveraging the most reliable NDT solution for aircraft fatigue analysis is a top priority.

No comments were found for Nondestructive Testing for Aircraft Fatigue Analysis. Be the first to comment!