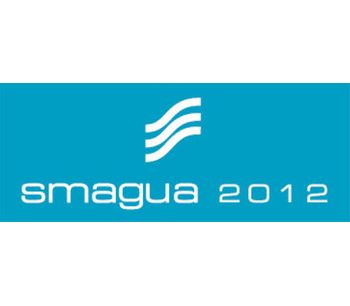 Only a few months separate us from the nineteenth edition of SMAGUA, the water sector’s leading international commercial event. The Zaragoza Trade Fair Centre will once again be the focal point for the water industry and will provide a platform for the most advanced technologies in integral water management. From March 2 to 5, the industry’s leading companies will present their latest products and innovations in systems, equipment and techniques for application in sectors such as: irrigation, water treatment and purification, and desalination. Not only are these growth sectors, but they are also at the forefront of technology.

Top 5 Reasons Why You Should Attend Smagua

Surveys carried out at the time highlighted the positive impression of visitors and exhibitor companies at SMAGUA. The majority of both visitors and exhibitors expressed their intention of attending SMAGUA 2010. The vast majority indicated that their expectations had been met and that they had made abundant business contacts. They had also availed of the opportunity to bring themselves up to date with the sector’s latest trends and technologies, thanks to the technical seminars, conferences and other parallel activities forming part of the Exhibition.

As the undisputed leader of European exhibitions in the sector, SMAGUA 2010 comes with the reference of excellent results, a high technological level, and enormous support from the sector and its principal actors, companies and associations. Despite the current scenario, the sector is buoyant, thanks to its great innovative drive and SMAGUA 2010 provides its greatest platform for development. Once again, the event will boast the presence of the leading professionals and enterprises of integral water cycle management and environmental management.

In addition to this, during the show several Technical Conferences will take place. They will deal with the most important topics for the water sector:

SMAGUA, the leading international water exhibition, held its eighteenth edition last March in Zaragoza, where it upheld its strong position as the leading international exhibition in its field, a position corroborated by the outstanding results obtained at this last event.  The true measure of success of the recent SMAGUA event is substantiated by the considerable growth across all its parameters: a record number of exhibitors and space occupied, as well as a higher turnout of professional visitors. To that we can add the high level of technology and innovation in the initiatives presented by exhibiting companies, which have sparked considerable interest among professionals in the sector and have received excellent reviews from the specialized press.  The commercial nature of the event turned out to be of equal importance, with four days of non-stop activity that, on this occasion, also brought together over a hundred companies and delegations participating in the now traditional commercial missions organized for SMAGUA.  To top it all off, the numerous and well attended technical workshops and product presentations put the finishing touch on what has already been labeled by some media as “the grand water festival” and the forerunner of the upcoming Expo Zaragoza. A new feature introduced for the occasion was the establishment of the SMAGUA Awards for Technological Developments and Applications and the accompanying awards ceremonies.  The seventh Environment Show, held along with SMAGUA, also enjoyed the same intense trade fair activity and was attended by a large number of professionals and technical experts, sharing proposals and knowledge within the framework of the 8th National Water and Environment Conference, which dealt with the most up-to-the-minute current issues on water resources and the environment.

SMAGUA 2008 has achieved outstanding support from the water industry sector, with the participation of 1,725 exhibiting companies and visits from over 35,000 professionals from all parts of the world, surpassing its previous records and exceeding the expectations of organizers.  Among the participating companies, who came from a total of 39 different countries, 722 were Spanish and the remaining 1,003 were foreign, thus attesting to the manifest international character of the Show.  Of the European firms attending, the largest numbers came from Germany and Italy, with 198 and 186 companies, respectively; 160 U.S. companies also attended, along with 82 from Asian countries, including, among others, the United Arab Emirates, Singapore and Egypt.  In accordance with these figures and with the first comparative statistical data, SMAGUA has experienced a growth of 10% in the number of exhibitors with respect to the previous event held in 2006.  As far as occupied space is concerned, this has grown by 22%, reaching 80,000 square meters distributed in nine pavilions, two more pavilions than in the previous show.

It is important to underline that, with these superb results, SMAGUA maintains the same constant growth rate as that experienced in the past few events.  In fact, from 2000 to 2008 it has grown 70% in terms of exhibitors and the occupied surface area has nearly tripled.

No comments were found for SMAGUA 2012. Be the first to comment!

Want to participate in this event?