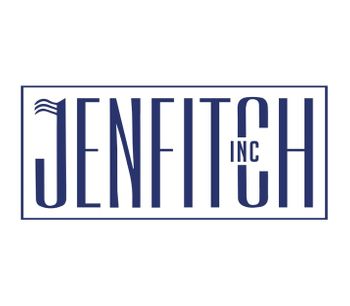 Jenfitch, Inc. has gained National Sanitation Foundation (NSF) approval to use a its proprietary  sodium oxychloride formulation that works even more effectively than ozone in post-harvest wash systems and hydro-coolers to control cross-contamination and spoilage.

“The cost of installing the system is less than 1% of a conventional ozone generation system”, Marketing Manager, Gail Jennings, said in a recent new release.  “All you need is a metering pump and a drum or tote bin of JC 9465.” JC 9465 generates a high concentration of singlet oxygen ions and hydroxyl radical ions which functions like the oxidative energy of ozone.

JC 9465 has been shown to be 12 to 24 times more effective than chlorine as a disinfectant for controlling biofilms, bacteria, viruses, and spores. Studies have demonstrated that bacteria living in a biofilm causes spoilage. JC 9465 oxidizes the biofilms and attacks the bacteria.

In a field study conducted with UC Davis-Post Harvest Dept., JC 9465 effectively achieved a 6-log (CFU) reduction in less than 10 seconds on E. coli, Listeria and Salmonella. Also, in a study with the University of Washington Agriculture-Post Harvest Dept, JC 9465 demonstrated that it eliminates cross-contamination during apple harvesting.

JC 9465 is also approved for use in potable water treatment system up to 84 mg/l.  It is approved to control scaling and corrosion and can be used to treat groundwater high in iron and manganese.

For a copy of relevant studies and more information on the new sodium oxychloride chemistry, please visit www.jenfitch.com or contact sales@jenfitch.com or call 925-289-3559.

No comments were found for Jenfitch, Inc. has gained National Sanitation Foundation (NSF) approval. Be the first to comment!