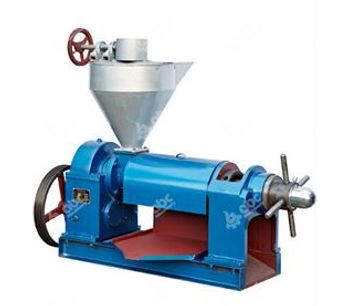 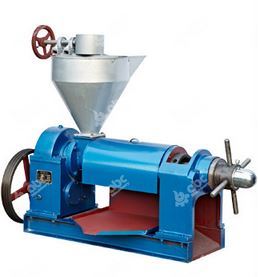 Due to the scientific structure design, powerful extracting capacity, low oil residual ratio and easy operation and maintenance, YZS-130 screw oil press machine has got a lot of appreciations from customers around the world. They all thumbed up to its excellent performance. By the way, YZS-130 has got the “Utility Model Patent Certificate” issued by the State Intellectual Property Office of the People’s Republic of China on August 8th, 2012, (Patent No.: ZL 2 0551503.X ). YZS-130 oil pressing machine has proved its remarkable advantages and performance. If you are going to start a new business of oil processing or expand your oil production plant, YZS-130 is absolutely your best choice!

Pretreatment of castor beans: select good castor bean, remove stones and other foreign materials by cleaning equipment, crush clean castor bean and cook it for best pressing results. It’s necessary for castor oil making to carry out the pretreatment process since it can optimize the oil extrusion efficiency while protect castor oil press machine from damages and destroying of other impurities.

Castor oil clarification: based on different oil application, the castor bean oil extracted by oil pressing machine need to be refined or clarified to remove some impurities by oil filtering machine or oil refining machine.

No reviews were found for ABC-Machinery - Model YZS-130 - Single Screw Oil Press Machine. Be the first to review!