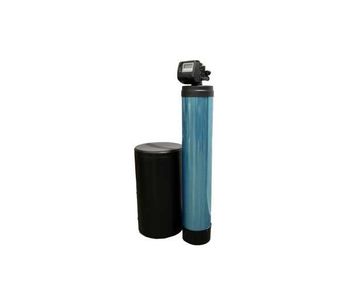 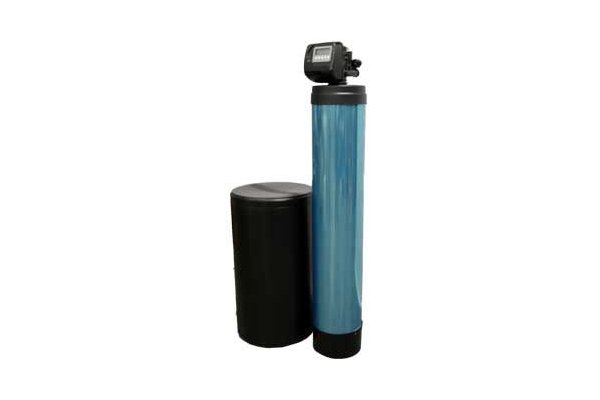 An ion exchanger is used to soften water and prevent limescale. Negatively charged resin is flooded with sodium ions from a brine tank. The sodium ions have a weak positive charge, so attach themselves to the resin. When hard water is run through the resin, the strongly positive calcium and magnesium ions are attracted to the resin, displacing the sodium ions, which replace them in the water.

The water supply to a house is pumped through a bed of small plastic resin beads, or a highly porous mineral called zeolite. A zeolite's tiny pores provide a huge surface area on to which sodium ions (from salt) can stick. As the water flows past the sodium ions, they swap places with the calcium and magnesium ions, thereby softening the water.

No reviews were found for Ampac - Model AP1000S - Ion Exchange Water Softener System. Be the first to review!