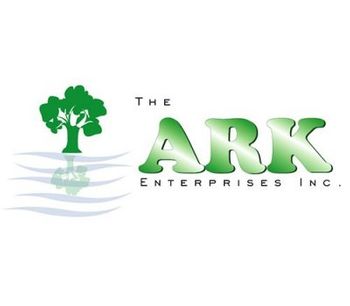 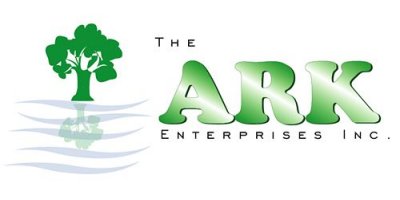 For more than two decades, we have dedicated ourselves to the manufacture of super absorbent polymers – and with great success. The fact that today’s diapers have become much smaller and thinner – from more than 100 grams in the 1980s to only 45 grams today – is one of the achievements that have resulted from the progress we have made in the development of super absorbents.

Just a few grams of superabsorbents are sufficient...

Just a few grams of superabsorbents are sufficient to store a baby’s urine, making it “disappear.” They can absorb up to 300 times their own weight in liquid, forming a gel that traps the liquid and won’t release it, even under pressure. Our products are also used in feminine hygiene and adult incontinence products.

Close cooperation with customers
The safety of our superabsorbents is our top priority. All raw materials and products are subjected to strict quality inspections. We also collaborate closely with our global and regional customers to development new technologies. This enables us to create unique products that fulfill the wishes and requirements of our customers.

Absorbent polymers work behind the scenes

Our research efforts center on the marketplace, our customers and product development. That means we work with our customers to find solutions to their problems and to improve their products, because each individual product requires its own specific type of absorbent polymers.

Absorbent polymers consist of a network of hydrophilic polymer chains. Their primary characteristic is their ability to absorb liquids and keep them trapped, even under pressure. That means that unlike sponges, which hold water only briefly and release it when squeezed, absorbent polymers turn liquids into gels that trap and hold fluid. Depending on the type of liquid, the products can absorb 30 times their own volume. In the case of desalinated water, they can even hold 500 times their own volume. Our research department takes advantage of this basic principle to design special polymers for different uses. New products and applications are being called for all the time. Thanks to ongoing improvements by our researchers, absorbent polymers are now more effective than ever and can be found in many different hygiene articles.

Thinner, more lightweight diapers
Fifteen years ago, the absorbent cord in baby diapers was made of cellulose fibers. For example, a typical large-size baby diaper in the year 1987 contained 50 grams of cellulose and only two grams of absorbent polymers. Today, the ratio of the two ”ingredients” is nearly 1:1. In 1999, a typical diaper contained 18 grams of cellulose and 15 grams of absorbent polymers. That means diapers have become thinner and more lightweight. It also means that the products have assumed the function previously fulfilled by cellulose. At the same time, thanks to the increased ratio of absorbent polymers, the total retention level – the diaper’s ability to retain fluid – has increased fourfold, from 100 to more than 400 grams of liquid.

Optimal distribution of liquids
As generations of new absorbent polymers have been developed, our researchers have succeeded in continually improving their absorbent qualities. In 1986, the most important feature of these products was the amount of liquids they could hold. The next generation of absorbent polymers was not only capable of retaining fluid, it was also able to keep liquids trapped inside, even under pressure. In 1996, we succeeded in increasing the speed with absorbent polymers take on liquids, which meant diapers could be made even thinner than before. In 1998 our researchers optimized the distribution of liquids within the diapers. Now the entire absorbent area of the diaper is used to the fullest, both in diapers for little girls and for little boys. In order to do so, we had to teach the polymers a new ”trick”: they had to ”learn” to build a barrier against additional fluid by forming a solid gel structure. We were able to increase the permeability of the gel, so liquids can be spread out over larger areas of the diaper, which consists of a mixture of cellulose and absorbent polymers.

We recognize that our leading position in the marketplace carries with it a high level of responsibility for conserving the environment. When we develop innovations and planning production and sales processes, we take ecological concerns into consideration. We comply with the Responsible Care initiative of the Chemical Industry Association. Our activities adhere to the principle of sustainable development, which for us involves designing our products and business methods in ways consistent with the responsibility we carry for generations to come – that means we respect the natural limits of the environment without sacrificing essential needs and comforts. Absorbent polymers fulfill both requirements of ”sustainable development”. They help reduce packaging and waste. And their use in hygiene articles contributes to consumers’ health and the quality of their lives.

In order to make a detailed evaluation of the ecological effects of our absorbent polymers possible, we have conducted a 'life cycle analysis' that provides much important information about the entire 'life span' of our products. Of course, the safety of our absorbent polymers is our number one priority. We comply with legal safety requirements and we exceed them. We have set high safety standards for our products and laid them down in our Code of Practice that we adhere to from the moment we begin to develop a new product. All raw materials are subject to strict safety evaluations, and new products are subsequently evaluated using alternative toxicological tests.

Our production plants have been certified according to the international quality and environmental standards contained in DIN EN ISO 9001 and 14001.

No reviews were found for AQUA Sorb - Premium Diaper Super Absorbent Polymers. Be the first to review!