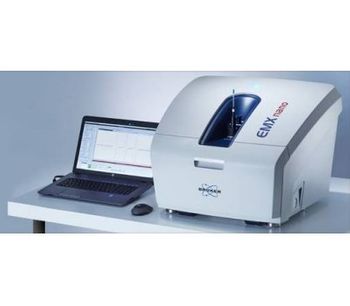 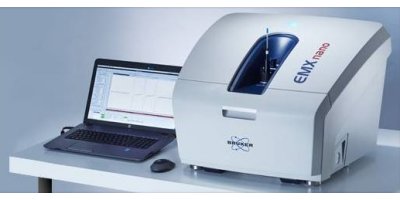 Giving you the power and flexibility you really need in an easy to use compact enclosure, the EMXnano brings affordable highend EPR performance to labs for the first time, delivering a real  choice of analysis options. For the first time in this instrument category quantitative EPR is offered at your fingertip, thanks to a fully calibrated instrument and inclusion of the Bruker patented spin counting module. Routine Ease of Use with unmatched performance: Extending Bruker’s renowned EMX spectrometer family to the bench-top class, the EMXnano is a completely new development featuring the latest digital and microwave technologies. Combined with a new generation of magnet system with field range from 0 to 6.5 kG and a highly efficient microwave resonator, this state-of-the-art bench-top instrument is superior in sensitivity and stability, making it ideal for a comprehensive range of analysis and teaching applications.

The new dedicated bench-top instrument requires minimal infrastructure with a low cost of ownership, making it suitable for a wide range of laboratory types.

Any customer can confidently add, or enhance, their lab with real world EPR:

Technical Specs at a Glance

Technical Specs at a Glance
Sensitivity and Stability

No matter what the focus of your application is, the crucial required strengths of an EPR spectrometer are sensitivity and stability. The latest generation magnet and microwave technology delivers class leading performance, enabling the EMXnano to combine both ease of use with highest quality EPR data.

Time evolution of the polymerization process

In polymers, radical reactions are involved in various processes such as polymerization, cross-linking and degradation. It is possible to investigate these phenomena by using EPR spectroscopy. These methods are used in both academic and industrial research for quality control and research.

The EMXnano can be used effectively for mechanistic studies and kinetic analysis of multiple radicals (ROS) generated in enzyme reactions. Properly controlled spin trapping experiments can verify that the formation of radical adducts is due to free radical production in the reaction system being studied.

With the EMXnano even a non-experienced user can do successful spin trapping experiments. A full workflow for measuring, analyzing and quantifying spin trap experiments guides through the entire procedure.

Using the liquid nitrogen finger dewar is a helpful technique for examining the naturally occurring transition metal ions and radicals in metalloproteins, and learning about their function and environment. The EMXnano is capable of detecting metalloproteins such as Cu, Znsuperoxide dismutase (SOD1) using the finger dewar at 77 K.
BHT and vegetable oil

BHT (Butylated Hydroxy Toluene) is a common stabilizer and antioxidant used in many consumer goods. It readily forms phenoxy radicals upon exposure to light via first order kinetics. The radicals decay away quickly via dimerization to form diamagnetic products via higher order kinetics. The EMXnano enables you to collect EPR spectra at time intervals and then extract the kinetic profile.

Nitric Oxide (NO) is a highly reactive regulatory molecule which has many important physiological roles, such as a neurotransmitter in the central nervous system, a regulator of vasomotor tone in the cardiovascular system, and a cytotoxic mediator of the immune system. NO is a free radical and its short half-life (< 30 sec), has rendered direct measurement difficult.

The instability of NO can be overcome by using a NOtrapping technique, in which a more stable complex is formed and subsequently detected by EPR.

No reviews were found for Bruker - Model EMXnano - Benchtop EPR. Be the first to review!