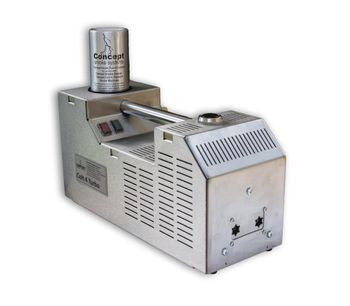 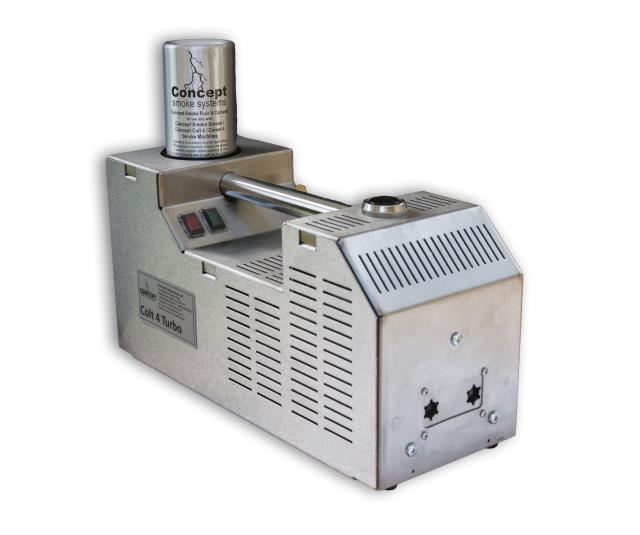 The Concept Colt 4 Twin Turbo is the newest variant of our best selling Colt 4.  The Twin Turbo has twice the output of that of a standard Colt 4 Turbo. It incorporates a slightly larger, twin helix, precision machined heat exchanger block. This new heat exchanger technology results in twice the smoke output of the Colt 4 turbo but still only uses 2 x 1100w heaters. The Colt 4 Twin Turbo is available with all the same standard features as well as optional extras such as wired / wireless remotes.

As with the entire series of Colt smoke machines, ...

As with the entire series of Colt smoke machines, the Twin Turbo is a fully portable and can be used off power once pre-heated.

With its enhanced performance, the Colt 4 Twin Turbo is capable of smoke logging larger volumes, much more quickly, and to much denser smoke concentrations than any other smoke machine. The smoke output however is completely adjustable, so, if required, smoke output can be reduced from a powerful plume to a small wisp.

In service with numerous fire authorities world-wide, many NATO forces (including the USN and Royal Navy for shipboard fire training), as well as analytical laboratories, asbestos removal specialists, and HVAC and LEV contractors, the Concept Colt has an enviable reputation for simplicity of operation and reliability.

As with any of Concept's mains powered smoke generators the Colt 4 Turbo really is built to last. As standard the unit comes with a 5 year warranty & lifetime guarantee on heater block.

The unit uses the standard, one piece aluminium Colt 4 smoke can to produce an extremely persistent smoke. The can contains both the smoke chemical and the INERT propellant gas required to make the smoke. The canister automatically re-seal after use, so they can be used time and time again until exhausted.

The Colt 4 Twin Turbo creates a smoke with sub micron particle size, meaning much lower chemical concentrations to achieve and maintain specific smoke concentrations than conventional smoke systems.  For fire training purposes this means that much safer (and more realistic) conditions can be achieved.

All Concept Colts have an enviable reputation for simplicity of operation and reliability.

Remote operation is available on the Colt 4 Turbo. A choice between a wired remote and radio remote control to suit all applications.