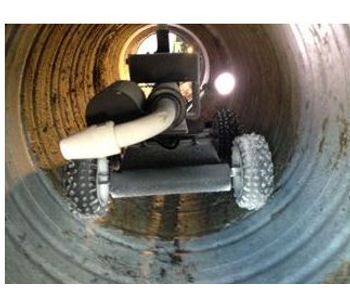 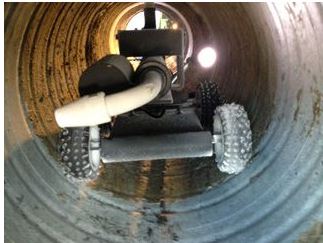 Kitchen extract ducts have since long been recognised as a fire hazard. There have been countless fires over the years. The most significant reason for this is inadequate cleaning of the interior of extract ducts.

Every building with cooking facilities has a potential risk of fire that can not be overlooked. Contamination of areas remote from the hood are considered difficult to reach and therefor often not maintained.

The efficiency of an extract system is reduced when it is contaminated with grease, creating a very unpleasant working situation for the employees and increasing the energy consumption.

On the front of the robot is a 360° rotating nozzle, which will spray the dry ice on to the surface. As soon as the dry ice hits the grease, it will remove it from the ductwork.

No reviews were found for Danduct - Dry Ice Robot. Be the first to review!