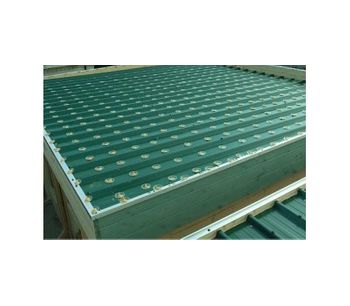 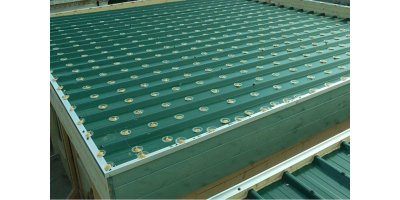 Alter birds' behaviour to keep them off structures with Optical Bird Deterrent Gel. This optical bird deterrent is quite simply a non-toxic gel, which tricks birds into thinking buildings are on fire. This, and the combination of herbal oils within the product that is abhorrent to birds’ sense of smell and taste, deters them from landing. Bird Free Optical Fire Gel has been shown to drastically reduce bird numbers and sometimes even completely desert a habitat, even one the birds have been using for years. The bird deterrent gel appears orange to humans, however it looks like flames to pigeons and seagulls who are able to see ultraviolet light. Optical bird gel keeps birds off structures by altering their behaviour, not acting as a physical barrier.

The bird repellent gel is quick and easy to instal...

The bird repellent gel is quick and easy to install. It can be used both indoors and outdoors and causes no damage to buildings or structures.

One of its distinct advantages is that it is virtually invisible. The optical bird deterrent gel is applied in low-profile application dishes, which are only 10mm high, and deter birds from landing even when placed behind the leading edge of a parapet or ledge. This makes the dishes with Bird Free bird deterrent invisible from ground level, thus preserving the aesthetic appearance of the building, while also keeping it clean.

Bird Free Optical Fire Gel is oil-based, so it is not affected by extremes of temperature, nor by wind, rain or snow. Herbal oils contained in the optical bird gel form a film that makes it waterproof and prevents evaporation. Bird deterrent gel has proved completely effective in the tropical rain and heat of Singapore, and during Korean winters, which can get as cold as -30C.

The deterrent effect on birds is long-lasting. Left undisturbed, the Manufacturer claims that the Optical Bird Gel will remain completely effective for at least two years after installation, even in the most exposed environment.

Invented by Korean bio-scientists, the optical bird deterrent gel has been installed at thousands of commercial sites worldwide over the last five years. These include sea ports, airports, coastal oil terminals, military installations, offshore platforms, railway stations, bridges, historic buildings, and many other locations where birds had previously been a nuisance or a health hazard.

The Optical Fire Gel is now starting to be widely used in the UK and Europe. Key UK installation sites include the Welcome Trust building, an IKEA store, the original Covent Garden Market and St Andrews University in Scotland, where it is keeping gulls away. To date (February 2013) the results have been startling.

No reviews were found for Eco - Optical Bird Deterrent Gel. Be the first to review!