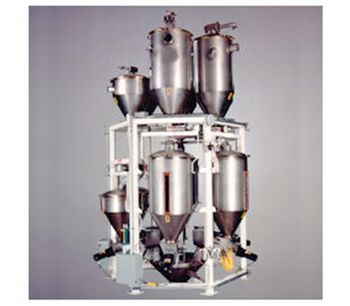 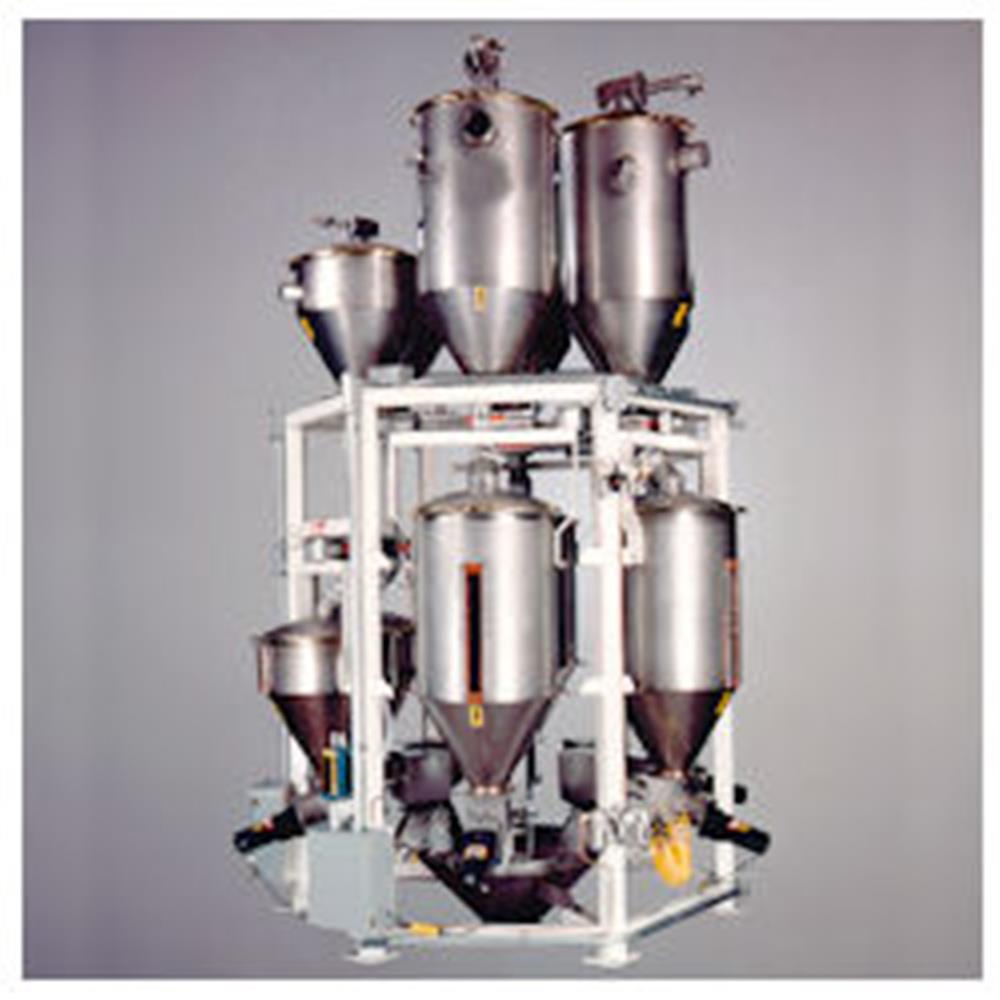 For over sixty years, Foremost has been supplying gravimetric blenders designed to meet the needs of the plastics industry. Looking for gravimetric blenders that blend by weight rather than by volume?. In 1984 Foremost patented the first Multi-Component Gravimetric Blender which controlled the blending process by weight rather than by volume. Continuous Loss in Weight Blenders (CLWB), functioning in a target rate mode, have been used in film and sheet extrusion for over 30 years. This configuration of gravimetric blender is arguably the most prominent in film and sheet production and probably for all extrusion processes combined.

For over sixty years, Foremost has been supplying gravimetric blenders designed to meet the needs of the plastics industry. Looking for gravimetric blenders that blend by weight rather than by volume?. In 1984 Foremost patented the first Multi-Component Gravimetric Blender which controlled the blending process by weight rather than by volume. Continuous Loss in Weight Blenders (CLWB), functioning in a target rate mode, have been used in film and sheet extrusion for over 30 years. This configuration of gravimetric blender is arguably the most prominent in film and sheet production and probably for all extrusion processes combined.

The popularity of this configuration for extrusion focuses on a few features that add up to widespread acceptance. Target rate gravimetric blenders are a natural extension of their predecessors, volumetric blenders, which were the earlier industry standard. The similarities are both in form and function. Compact, easily positioned on or above the extruder throat, continuously rate proportioning with a passive or no mixer, gravimetric target rate blenders are a natural, self calibrating, self correcting replacement for the previous generation of volumetric equipment.

As with a target weight blender described previously, a typical target rate loss weight blender Fig. 13) has each metering feeder mounted to an independent, load cell supported, weighing hopper. Each weigh hopper measures the weight of material leaving it and the weighing system is programmed for simultaneous and proportional metering of each ingredient. A target weight blender is designed to feed continuously. The proportionality of the individual ingredients is determined by measuring the loss in weight for each ingredient over time (W/T). The target or setpoint for each ingredient is the rate, typically expressed as lbs./hr. (kg./hr.). Most often, the operator enters the desired ingredient proportions in percentages and the controller internally converts these to proportional flow rates. Since, in principle, proportionality in the direction of material flow is the target (rate) being controlled, passive mixing, at most, is all that is required in a target rate blender package. These principle assumptions lead to a number of physical and performance features common to target rate gravimetric blenders. Some are advantageous, others not.

A target rate blender with an integrated passive mixer or none at all can function with little mixed material in residence between it and the extruder. Typically, a short drop chute is located under the blender. The drop chute is generally equipped with level sensors, weight sensors or both. The level of material in the chute is sensed and the total feed rate of the blender is automatically adjusted to keep the amount of material in the chute at equilibrium. In this way, the feed rate of the blender is kept equal to the extrusion rate. The opposite control scheme, blending with integrated extrusion control, is also available as an option with most target rate gravimetric blenders. Instead of using the signal from the drop chute to proportionally adjust the output of the ingredient metering devices, the output of the blender is held at a fixed rate and the output of the extruder is adjusted to match the blender. This feature can be used to control overall product thickness in mono-layer extrusion and layer-to-layer ratio in multi-layer coextrusion.

Target rate gravimetric blenders achieve their highest levels of proportioning accuracy under relatively steady state operation. Proportionality in the short-term is an absolute necessity because, unless equipped with an active mixer, target rate blenders cannot mechanically average short-term variances. Likewise, mechanical feeding devices such as vibratory feeders and augers produce material surges and variations when they first start feeding and when they are at the extreme low end of their operating range. Feeder non-linearity can also be a source of short-term inaccuracy, especially when a feeder operates at the lower or upper end of its total design range. Another potential condition for short-term inaccuracy is a significant change in the selected target rate for an ingredient. This is especially true when the ingredient weigh feeder is operating at the low end of its span and the weight loss signal is accumulating slowly. In this case, there is a significant time lag between a target rate change and a weight feedback.

To minimize the negative effects on accuracy because of these conditions, the majority of target rate blenders are designed to run at a total throughput as close to that of the process rate as possible, at all times. To accomplish this, ingredient feeding is rarely paused and restarted. When an ingredient weigh hopper nearly exhausts its supply of material, the stations feeder is locked into its present feed rate. The weighing feedback loop is temporarily disabled and the scale hopper is refilled using the load cell signal to determine when the fill cycle is complete. From an accuracy standpoint, this refill cycle presents a problem. Without the load cell measuring the output from the weigh hopper, the metering process is out of gravimetric control. During this refill time, the proportioning system is essentially at a volumetric level of accuracy. It has been determined that if the total time a gravimetric metering system is out of gravimetric mode is 15% or less, the overall long-term accuracy is not significantly affected. For this reason, refill hoppers are normally situated above each weigh hopper. These are normally kept in a full status by the loading system. When a refill signal is generated by a weigh hopper, a valve is opened below the refill hopper and material is rapidly emptied into the weigh hopper, minimizing the time the metering equipment is in volumetric operation.

Target rate gravimetric blenders have their major advantages over the other gravimetric technologies in terms of their cleanability, mechanical simplicity and ability to be easily integrated into a gravimetric extrusion control system. They are particularly well suited for film and sheet extrusion lines that operate with frequent, short product runs and where relatively quick response to changes in ingredient proportions is required.

No reviews were found for Foremost - Model CLWB - Gravimetric Blenders. Be the first to review!