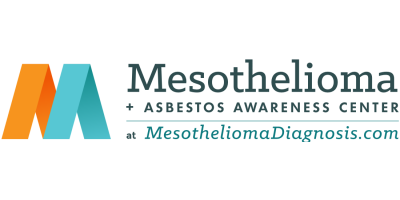 Asbestosis is an incurable lung condition that is linked to exposure to asbestos. The disease leaves patients at a higher risk of developing mesothelioma and other asbestos-related cancers.

Asbestosis is a chronic asbestos-related disease that causes scarring of the lung tissue. Its symptoms are often non-specific, meaning the condition may go undiagnosed or misdiagnosed as it progresses. Asbestosis diagnosis often includes a series of imaging tests and pulmonary function tests, which may also indicate the presence of other health concerns. There is no cure for asbestosis, but the condition can be managed through various treatments.

Asbestosis, which is also known as diffuse pulmonary fibrosis, affects approximately 200,000 individuals and is responsible for 2,000 deaths every year. It is primarily caused by inhaling or ingesting asbestos fibers. The toxic fibers, which are most commonly found in older construction materials like insulation, can become stuck in the lung tissue once inhaled or ingested. This can cause scarring of the lung tissue and an array of other symptoms.

Once individuals are exposed to asbestos, it can take 10 – 30 years for asbestosis to develop. Due to the long latency period, asbestosis may be in advanced stages by the time symptoms present and the disease is discovered. Mesothelioma, an asbestos-related cancer, also has a long latency period itself of 10 – 50 years. Although mesothelioma is also caused by asbestos exposure, it differs from asbestosis in its severity, among other factors.

Similar to mesothelioma, symptoms of asbestosis progress slowly and may not present until decades after exposure to asbestos. The scarring of lung tissue as a result of asbestos exposure often causes difficulty breathing, due to the lungs’ inability to expand normally.

Common symptoms, such as shortness of breath and a dry, crackling cough, are typically the first signs of asbestosis. More serious symptoms can also present as the disease progresses, including clubbing of fingers. When clubbing occurs, the nail bed is distorted and the fingers have the appearance of upside-down spoons. This happens when there is reduced oxygen in the blood, which can indicate a lung or heart condition.

Similarly, pulmonary hypertension is also a common, yet serious symptom of asbestosis. This type of high blood pressure happens when arteries in the lungs become blocked or destroyed, which can indicate chronic lung disease. Symptoms such as these can often lead medical professionals to a diagnosis of asbestosis, and can also uncover other potential health concerns like mesothelioma.

Asbestosis can be difficult to diagnose, as its symptoms are similar to conditions like lung cancer and chronic obstructive pulmonary disease (COPD). Initially, a physical examination and tests to assess symptoms can determine an asbestosis diagnosis.

Pulmonary function tests are often part of the initial testing for asbestosis, among other lung conditions, as they can determine how well the lungs are functioning. If lung function is compromised by scar tissue, a function test can identify pulmonary impairment and a patient will then require other tests.

Asbestosis can be more accurately diagnosed by a series of imaging tests, which take a deeper look into the appearance of the lungs and can indicate abnormalities. Oftentimes, CT scans can accurately detect lung abnormalities and help medical professionals reach a diagnosis. They may also use X-rays to observe any issues within the lungs, including:

Asbestosis can be difficult to diagnose early on, especially if a patient has a history of smoking. Its symptoms are similar to those of other diseases, such as chronic interstitial pneumonia, which can lead to misdiagnosis. Further, other serious conditions can also develop as a result of asbestosis, making an asbestosis diagnosis difficult to identify.

Patients may be diagnosed with asbestosis along with mesothelioma or lung cancer, which can impact patient prognosis and severity of symptoms. The disease indicates that a patient was exposed to asbestos at some point, meaning they can develop asbestos-related cancer as their disease progresses.

Although there is no cure for asbestosis, the condition can be managed through various treatment options. Unlike mesothelioma, treatment options for asbestosis alone don’t typically include surgery or chemotherapy. Medication is also not typically an effective course of treatment, as it does not alter the progression of asbestosis. Patients may also develop lung cancer or mesothelioma after their diagnosis, which can require added layers of treatment.

If an individual diagnosed with asbestosis is a smoker, medical professionals encourage cessation upon diagnosis. In this case, medication may be used to treat smoking addiction, but not to treat asbestosis itself. Vaccines for the flu and pneumonia may also be administered for preventative measures, as these infections can be fatal to individuals with chronic lung diseases.

The two most common methods of treatments for asbestosis are oxygen and pulmonary rehabilitation. Though the treatments do not cure the condition, they have been shown to improve symptoms and help patients manage their condition.

No reviews were found for Mesothelioma - Asbestosis. Be the first to review!