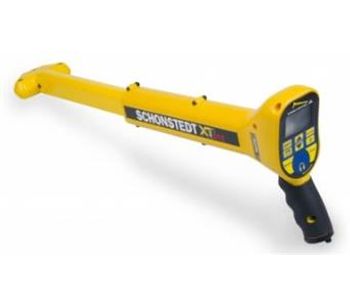 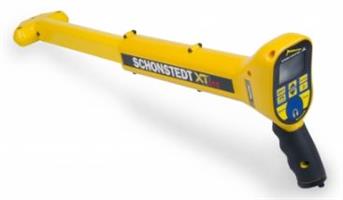 The world’s most portable inspection camera locator featuring 512Hz precision. The new XT512 “Detection Wand” locator combines portability with a low frequency sonde and passive locating capabilities found in larger more cumbersome units. Using the XT512 you can locate and determine the depth and location of your sewer/pipe inspection camera (camera tracking), or any small sonde (like the TM50910 from Schonstedt). The XT512 is instrumental in locating blockages and obstructions in non metallic pipes.

In sonde mode this locator can be used to trace no...

In sonde mode this locator can be used to trace non-metallic pipes, or metallic pipes, where other modes are inapplicable or inefficient. A small sonde or 'beacon transmitter' is either built into our camera head, or a separate unit can be pushed through the pipe on a cable allowing the locator to search  for the signal emitted by the sonde.

Another important feature of the “Detection Wand” locator is the ability to measure the approximate depth of the target pipe or cable. To measure the depth, simply place the tip of the unit on the ground and press the DEPTH button when the signal strength is at maximum. The measurement of the depth depends on a number of factors, but typically it is possible to read depths of 5 to 8 feet (1.5 - 2.5 m) depending on strength of the signal emitted by the sonde in the pipe.

A Line of accessories including a Standard Headset, Noise Cancelling Headphones, and different frequencies sondes are also available for order.

No reviews were found for Model XT512 - Detection Wand Portable Locator. Be the first to review!