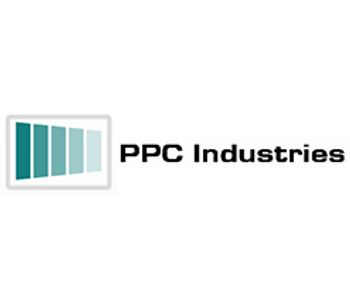 Biofiltration is a process to purify air and water biologically with the aid of micro-organisms, specifically bacteria.

What is Industrial Biofiltration?

An Industrial Biofilter is a housing that contains and encourages the growth of vast numbers of bacteria through regulated temperature, humidity and pH for the destruction of volatile organic compounds (VOC's) and odor causing compounds (including NH3, CS2, H2S), in a way that can be quantified and measured, often for compliance purposes. Industrial biofilters utilize a group of aerobic organisms that are classified as chemotropic, meaning they derive the energy needed to live and degrade compounds from the reaction itself. As a point of fact organisms that derive their required energy from sunlight are classified as phototropic. Two sub-groups of the chemotrophs are the hetero-organotrophs and auto-lithotrophs. The sub group mainly utilized in biofilters are the hetero-organotrophs which have the ability to utilize the carbon in carbon compounds (i.e. methanol) as an energy source as well as the creation of cell components. As a point of fact auto-lithotrophs gain their energy through the degradation of non-organic compounds (NH3, H2S, S2O3, etc..).

What is the history of Industrial Biofiltration?

One of the earliest known uses of biofiltration in the Industrial Era was in World War I (1914 to 1918). Stagnant air was sucked out of tunnels and trenches, blown through earth where it would permeate and re-enter the tunnels and trenches. The air would be 'cleaned' through the actions of bacteria naturally present in the soil. In 1923 the concept of treating off gases from sewage treatment plants was developed. In 1953 R.D. Pomeroy received a patent (#2,793,096) for 'De-Odoring of Gas Streams by the use of Microbiological Growths' that arose out of a successful commercial application in California.

A high pressure blower (#12) is used to pull polluted gases (#11) through a pipe and inject it into a vertical header (#14) before it turns and becomes a horizontal header (#15) buried under a biologically active medium (#17) that is suspended above the header by a layer of permeable medium (#16) such as gravel or aggregate. The header is composed of perforated sections (#18) and non-perforated sections and couplings (#19). The basic design developed then is still used in many commercial applications today with the exception that the medium, or media, has changed. Since that patent, the major innovations in biofiltration have been in two areas: bacteria enhancement and media development.

How Does Industrial Biofilter Work?

In the simplest terms, a biofilter is a device that utilizes natural biological oxidation for the destruction and / or removal of hydrocarbons (or CS2, H2S, NH3), that is to say biofiltration is the degradation of organic and inorganic substances by micro-organisms. These micro-organisms live in a biofilm coating that resides on the surface of a media composed of organic or inorganic (or a combination thereof) matter. The micro-organisms are for the stationary in regard to the system as a whole though they are mobile in their localized biofilm area. The process gases containing the contaminants to be treated flow through the media and as these gases flow by molecules of contaminants pass very near to or directly contact the biofilm where they are absorbed into the biofilm. Noting that the biofilm is primarily composed of water one can see clearly that a compounds solubility in water will greatly impact ease of degradation because if the compound does not enter the biofilm then it cannot be decomposed by the micro-organisms in that biofilm. The biofilm also creates a fixed (more or less) inhabitable space that can only be utilized by a finite maximum number of organisms. The organisms will grow and expand until the available space (biofilm) is filled resulting in situation where no more effective growth can occur.. This means that the effective amount of the summation of biomass (dead and alive) in the unit is at a relative constant. An example of this is shown in the graph below.

What can be degraded in a Biofilter?

Biofilters can be used to degrade many different kinds of compounds with a wide range of industries. Some of the compounds that can be degraded include:

How are compounds degraded?

On what processes are Biofilters used?

Biofilters have been employed on various processes and pieces of process equipment such as:

What factors influence the sizing of Biofilters?

There are many factors that can affect the correct sizing of a biofilter. Some characteristics such as a compound's solubility in water have a greater impact than others. Some factors include:

How is the size of a Biofilter determined?

Each type of compound or gas has a different potential of being utilized by the bacteria as food and as such an imperial model is generated from test reaction and diffusion data gathered in lab scale, pilot scale and full scale applications. Once the model is constructed a biofilter's media volume can be determined by entering the concentration of each known compound in the gas stream and not just the concentrations of the compounds to be degraded because bacteria will eat the most easily digested molecules first. As a general rule the more insoluble a compound is the less biodegradable that compound is, or to put it another way the less soluble a compound is more media, and thus bacteria, it will take to degrade that compound.

No reviews were found for PPC - AIR Biofiltration System. Be the first to review!