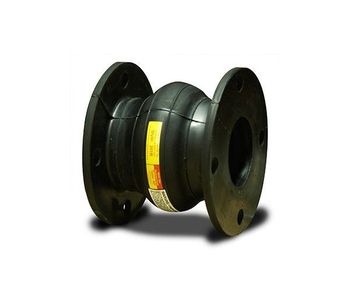 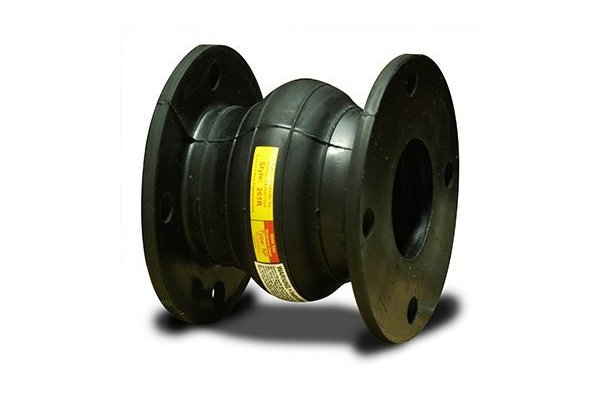 Proco Style 261R molded wide arch expansion joints have the lowest spring rates of any expansion joints currently on the market. They also boast low forces to deflect, and are built to withstand even the most rigorous piping system configurations. They allow for axial compression or axial extension, and lateral deflection as well as angular and torsional movements.

Some of the notable features and benefits of the Proco Series 261R are:

Low Spring Rates
The Style 261R have the lowest spring rates and forces to deflect of any expansion joint made today.

Compensates for Misalignment
Rubber expansion joints are commonly used by contractors and plant personnel to allow for slight pipe misalignment during installation of new piping and or replacement applications. Installation tolerance should be kept to 1/8” per Fluid Sealing Association guidelines.

Self-Cleaning Wide Arch
The arches of the Series 260R are wide enough to allow the normal flow of the media to keep the arch clean of solids.

Flange Materials/Drilling
All PROCO Style 261R Molded Wide Arch Expansion Joints are drilled in accordance with ANSI 125/150# Standards. They should be installed against a flat face flange with the use of unique retaining rings specifically designed for the 260R series. Rings are fabricated from plate steel; zinc plated to prevent corrosion. Retaining rings are also available in 304 or 316 Stainless Steel upon request. Gaskets are not required with PROCO Style 261R.

Less Weight
The steel flanges of a spherical design (240/242) are heavy, especially for
plastic or fiberglass piping applications. The Style 261R Expansion Joints, including retaining rings, are considerably lighter than the spherical designs.

Large Inventory
Proco Products, Inc. maintains one of the largest inventories of rubber expansion joints in the world. Please contact us for price and availability.

Notes:
All products are reinforced with tire cord and metal materials.

When pairing Series 261R expansion joints with standard control units utilizing control/gusset plates, a stiffener ring is required, in order to reinforce the mating flange. This technique distributes the pressure thrust loads experienced by the control units across the flange, as opposed to a standard installation where the loads are localized at the points of contact between the control/gusset plate and flange.

No reviews were found for Proco - Model Style 261R - Molded Wide Arch Expansion Joint for Plastic/FRP Piping Systems. Be the first to review!