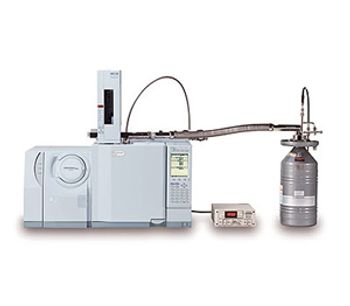 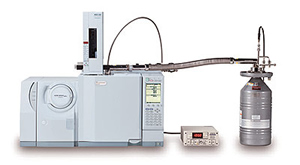 Comprehensive GC-MS (GCxGC-MS) is a powerful chromatographic technique that provides separations of complex mixtures that are not possible by conventional Gas Chromatography. Shimadzu's Comprehensive GC-MS (GCxGC-MS) System is comprised of a combination of our fast scanning, high-sensitivity quad GCMS-QP2010Ultra and the Zoex Corporation series of modulators, ZX-1 or ZX-2. The QP2010Ultra is the only quadrupole mass spectrometer on the market that scans fast enough to fully characterize the 100msec to 600msec peaks created by the modulation process. More economically priced than a TOF-MS, the quadrupole-MS has the added capability of Chemical Ionization and Negative Chemical Ionization for molecular ion spectral analysis and electrophyllic compound selectivity. The spectra generated by quad-MS are easily matched by the standard commercially available libraries such as the NIST, Wiley and FFNSC.

This system is available in a variety of configurations for complete control of your analysis. A second, full function, GC oven, with heated transfer line, can be added to the GCMS system that will allow separate temperature control of the first and second dimensional columns. It is also possible to incorporate our line of Advanced Capillary Flow products such as detector splitting packages, deans switching and backflush kits.

GCxGC chromatography employs a pair of GC columns each containing a chemical phase that is orthogonal to the other, connected in series via a modulator*. Effluent from the first column is trapped in the modulator for a given period (modulation time) before being focused and released into the second column.

The chromatogram obtained through repeated trapping and injection is rendered in two dimensions using specialized software, with the first and second dimensions on respective axes.

Separation of Overlapping Peaks
Mixtures of compounds with similar boiling points that could not be separated adequately in one-dimensional chromatography may now be separated based on another chemical or physical property, such as polarity. This allows for the analysis of components in complex matrices that previously were difficult to separate.

GCxGC provides image patterns that can be correlated to compound class structure. This 'fingerprinting' capability is especially useful for quickly characterizing a complex natural product sample such as a crude oil, essential oil or fatty acid extract. These bands of compounds with similar chemical structure are easily grouped using GC Image software which allows for the quick determination of the amount of any and all compound classes in a complex sample.

Analysis of Diesel Oil
This image shows the patterns produced by the GCxGC technique. Compounds and organized by carbon number and boiling point on the x axis and by polarity on the y axis.

Data Analysis Software, GC Image
GC Image is the most advanced software available on the market today for processing GCxGC data. GC Image directly reads the native data files acquired by GCsolution or GCMSsolution which are then quickly converted into the three-dimensional images for further processing.

No reviews were found for Shimadzu - Model GC-MS (GCxGC-MS) - Comprehensive 2-Dimensional Chromatographic System. Be the first to review!