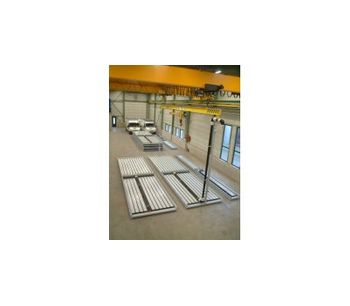 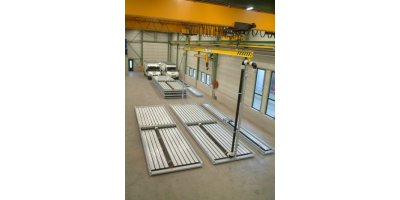 The system has a number of specific features that perfectly match the criteria set out for such purification plants – a feat which did not go unnoticed by our Belgian neighbours. In particular the Flanders district water board, Aquafin NV, is interested in the system that was developed by Abucon.
They were looking for a high-quality aeration system that could be built into existing (aeration) tanks without having to decommission the system. This happened to be one of the criteria for the Oudewater sewage works as well.

The Abucon aeration packages have the following specific features:

The above-mentioned features perfectly match the criteria as set out by Aquafin. That is why a visit to Oudewater sewage works was scheduled in order to take a closer look at the aeration system.
Besides, the manager of the sewage works was interested in the general condition of the liftable aeration packages, after having been in commission for almost a year.

A random aeration package was selected by the plant manager. The demonstration of the lifting action was successful and the condition of the aeration package proved to be excellent.
After their visit, the delegation of Aquafin NV was more than convinced of being able to apply these aerators in their own purification plants. The visit will most definitely be followed up.

No reviews were found for Ventilation Plates. Be the first to review!