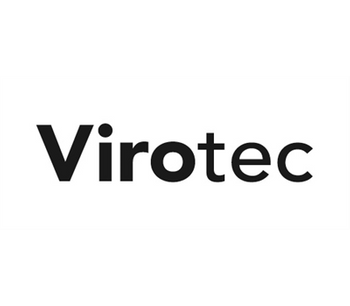 Hydrocarbon destruction using Virotec’s advanced bio-remediation Technology is a safe, cost-effective and environmentally responsible method of dealing with and eliminating hydrocarbon contamination. Why advanced bioremediation? Other than bioremediation being a cost–effective treatment, the alternative of excavating and dumping of contaminated soil is not a treatment method but a “problem relocation method” and is therefore not typically the preferred solution. Incineration, sterilisation (e.g. thermal desorption), and soil washing technologies are expensive methods for treating hydrocarbon-contaminated soil and can further damage already fragile ecosystems (for example the gaseous emissions from incineration). These methods are normally only considered for small volumes of soil.

To degrade organic species in contaminated soils Virotec uses ViroBac™ reagent. The application of ViroBac™ reagent to contaminated soil is referred to as “biostimulation.” Whereas most forms of bioremediation rely on the presence of indigenous bacterial species in the soil matrix to destroy organic contaminants, and advanced forms of bioremediation augment indigenous (or endogenous) bacteria with introduced (or exogenous) species, the application of ViroBac reagent contains specially designed, naturally occurring benign ingredients which stimulate biological activity within the soil matrix and the broader soil system, thereby increasing the rate at which bacteria digest, degrade and ultimately destroy organic contaminants.

Virotec Technology provides an ideal solution by the addition/injection of bacteria to the soil to be treated. To assist and enhance the natural processes and significantly increase the rate of degradation of the contaminant, an inoculum of naturally occurring petrophillic microbes and other ingredients are added to rapidly proliferate and so reach a fully established working population of bacteria. The microbes consume and transform the hydrocarbons in the soil into simpler compounds. This process continues until eventually the hazardous hydrocarbon material is degraded to carbon dioxide, water and benign organic elements.

Virotec offers a wide range of different treatment options for contaminated soils across a wide range of different hydrocarbons types. Virotec utilises a naturally derived product derived from a totally renewable source, is completely safe to handle and apply, leaves surfaces dry and residue free, reduces the amount and hazardous nature of waste, does not release hydrocarbons under compaction and does not leach, and offers multiple treatment and disposal options for contaminated soils.

Virotec’s patented reagents have the ability to permanently bind heavy metals in soils and industrial solids and sludge’s. Virotec reagent’s, when added to contaminated soils and solids, trigger a chemical reaction with heavy metal contaminants (because of a specific chemical binding mechanism described below) and the heavy metals are thus sequestered within the fine particles of the product as insoluble minerals; at the same time, the reagents neutralise any acid in the soil. Virotec reagents are an environmentally friendly treatment for intractable environmental problems such as acid, arsenic, lead, mercury, and heavy metal contamination of soils. It is innovative, efficient and cost effective.

Whereas standard methods bulk the soil and stabilise metal contaminants using pH adjustment and ion precipitation, the reagent actually sequesters the metal ion by a variety of increasingly stringent binding mechanisms, beginning with adsorption but ending with isomorphous precipitation. These mechanisms effectively bind the metal into a largely non-leachable and non-bioavailable form, thereby disallowing metals to readily disassociate with the treated soil. This observation has meant that Virotec reagents are becoming increasingly identified as the most sustainable method for treating heavy metals in soil, sediments, and all types of industrial sludge’s.

The acid neutralising capacity (ANC) of Virotec reagents are provided by a mixture of carbonate, hydroxide and hydroxycarbonate minerals, but some of these react slowly. Hence, almost 48 hours are required for reactions to reach completion. As with acid neutralisation, the ability of the reagent to strip trace metals from soil increases over time; over about 240 hours 1 kg of reagent has the ability to strip more than 1,000+ milliequivalents of metals from soil in contact with it. Most trace metals are initially trapped by adsorption, which is particularly efficient because the reagent is dominated by particles with a high surface-to-volume ratio and a high charge-to-mass ratio.

However, adsorption alone does not explain the ability of Virotec reagents to sequester trace metals, because when desorption tests (using compulsive exchange reagents) are carried out on the reagent after it has been fully loaded with metals and aged for seven days, less than 20% of the metals taken up by the reagent (less than 5% for As, Cd, Cr, Cu and Zn) can be recovered. This data indicate that metals are trapped by a combination of precipitation, co-precipitation, and isomorphous substitution reactions (i.e., increasingly formed by recrystallisation processes). In contrast to standard chemistry when using lime or magnesium oxide, the proportion of recoverable (i.e., leached) metals decreases as time and aging increases. Toxicity Characteristic Leaching Procedure (TCLP) tests or leaching of soil after treatment with solutions buffered at a pH of 2.88 are able to remove only a small proportion of the bound metals and this proportion decreases the longer the reagent is left in contact with the soil or solid after treatment.

Furthermore, if the reagent is left to age after use it develops a renewed capacity to trap trace metals, even if their metal trapping capacity was saturated before it was left to age. Consequently, it is clear that elements, which may initially be bound by adsorption, are redistributed during aging to become structural components of new minerals during recrystallisation.

Part of the time dependence of metal uptake and sequestration by the reagent reflects the freeing-up of adsorption sites as initially adsorbed metals are redistributed within the solid matrix of the reagent. Some trace elements also form low solubility precipitates (particularly sulphates, carbonates, hydroxides and hydroxycarbonates) by direct reaction with minerals in the reagent. Geotechnically, solid the reagent particles have a plastic limit at 33% moisture and a liquid limit at 53% moisture (i.e., the plasticity index is 20%); the linear drying shrinkage is 7.5%. Particles in the reagent are very fine grained, with about 80% of the total mass having a particle size of less than 10 microns.

Some trace elements are adsorbed to the reagent and others form low solubility precipitates by direct reaction with minerals in the reagent. When the trace metal concentrations in solutions in contact with the reagent are very high, metals compete for the available sites and competitive adsorption data indicate the sequence of binding strength of Cr > Fe > Cu > As > Pb > Mn > Zn > Cd > Ni > Co. Other tests show that the reagent also has a very high capacity to trap phosphate and to hold it in a form that is plant available but not leachable by rain or normal ground water; phosphate removal is rapid, and over 95% of phosphate in 1 L of 2 mM phosphate solution can be removed in two to three hours.

Environmental problems associated with contaminated soils involve both the direct effects of surficial soil acidification and contamination and the leaching of acid, heavy metals and hydrocarbons into drains, aquifers and rivers. Near-surface soil contamination can be treated by physically mixing Virotec’s reagent with the soil at a mixing ratio determined by soil acidity, volume of heavy metals present in the soil, hydrocarbon levels, and/or sulphide mineral content of the soil.

One way of avoiding environmental problems associated with acid sulphate soils (ASS) is not to disturb them in any way that may increase exposure to atmospheric oxygen or increase the leaching of acidic, and potentially trace metal enriched, water. However, this strategy is not always realistic given the increasing agricultural, residential and other commercial developmental pressures on the coastal lowlands where ASS are common, and it will not reduce the natural discharge of acidic water that may periodically emanate from undisturbed ASS.

The most commonly used active intervention strategy involves the addition of lime to ASS to neutralise any stored acidity and any acid that may be produced when sulphidic material in the soil oxidises sometime in the future. This strategy is often incorporated in ASS management plans that also involve minimising any fall in the water table and may involve physical removal of some ASS material for safe disposal elsewhere. There is no doubt that if it is applied correctly and in the appropriate amounts, lime can prevent acid release from ASS material, at least in the short term.

An alternative to the use of lime involves the use of Bauxsol reagent, the properties of Bauxsol make it suitable for use in the management and remediation of ASS; it also has other environmental applications. The reagent provides a cost-effective alternative to lime for the management and rehabilitation of ASS, and it has the advantages: a) it cannot be leached from the soil by rainwater or groundwater before acid, that needs to be neutralised, has formed; b) a waste product is being used instead of material that has to be mined and processed; c) it enhances the nutrient retention capacity of the soil and promotes plant growth; d) it has little effect on the concentration of bicarbonate ions that may accelerate pyrite decomposition; and e) it can be used to line drains and form reactive subsurface barriers that maintain their permeability and reactivity over time.

Bauxsol reagent consists of a mixture of minerals dominated by hematite, quartz, boehmite, gibbsite, brucite, calcite, sodalite and whewellite, and minor hydrotalcite, hydrocalumite, femhydrite, aragonite, portlandite, gypsum and cancrinite. Hydroxyl ions in waste streams are largely neutralised by reaction with magnesium in the seawater to form brucite, but some are also consumed in the precipitation of additional boehmite, gibbsite, hydrocalumite, hydrotalcite and p-aluminohydrocalcite. Simultaneously, calcium is consumed in the formation of other minerals (whewellite, cancrinite, fluorite, hydrocalumite, portlandite and p-aluminohydrocalcite), but this is offset by the consumption of carbonate in the precipitation of cancrinite, p-aluminohydrocalcite and hydrotalcite, and by the isomorphous substitution of Mg for Ca in the aragonite.

Virotec reagents halt the generation of acidic, metal-laden leachate, bind into non-bioavailable forms any metal contamination present in the soil, and facilitate revegetation of affected areas. It has proved successful in improving the yield of commercial aquaculture and agriculture operations impacted by ASS. Results from various commercial projects are presented and the applicability of the Technology to promote sustainable coastal development is explored in conjunction with the possible role of the Technology in large-scale environmental remediation projects where exposure of ASS is causing significant environmental harm.

Chemical oxidation typically involves reduction/oxidation (redox) reactions that chemically convert hazardous compounds to nonhazardous or less toxic compounds that are more stable, less mobile, or inert. Chemical oxidation is one half of a redox reaction, which results in the loss of electrons. One of the reactants in the reaction becomes oxidized, or loses electrons, while the other reactant becomes reduced, or gains electrons.

Organic species to remediated include:

When chemical oxidation is applied to soils and solids, the blend of chemical oxidants and additives provide synergistic oxidation and ionic binding, with each additive enhancing the performance of the other. Depending on the acidity/alkalinity of the pre-treated soil, pH adjustment will also occur as a result of chemical application, with post-treatment pH at near-neutral levels.

As far as PAH are concerned, the multiple ring compounds will be cracked to the level of naphtalene (two ring compound) and/or monaromates. Thereafter the above described processes of oxidation will take place, as follows:

In general, for a species to become oxidized, an electron from another species possessing a higher oxidation state needs to be transferred. Polycyclic aromatic hydrocarbons have high oxidation states due to their unique chemistry. Few naturally occurring molecules have oxidation potentials that exceed the oxidation potential of PAHs. The most common class of reactants which possess oxidation potentials exceeding those of the PAHs is free radicals. Free radicals contain an unpaired electron, creating a species having a very high affinity for electrons. This leads to very reactive, non-specific oxidizers, capable of attacking benzene rings.

The majority of the destruction of organics will occur over 1-30 days, depending on contaminant speciation, soil characteristics and temperature. This level of treatment will typically achieve regulatory guidelines for treatment of organics.

No reviews were found for Advanced Bioremediation Services. Be the first to review!