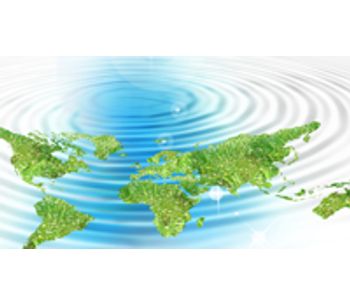 Are you a B2B (Business to Business) company that manufactures imports or supplies (sells, rents, hires, loans etc.) products on the market in any of the countries in Europe? Are you aware that under European legislation depending on your products and the countries in which you place these products on the market you will have certain duties and obligations and each country in Europe implements these directives individually with regards to your producer responsibilities i.e. Electrical or electronic equipment, Packaging and Batteries and accumulators? If you need to comply in one country or a number of countries in Europe but don't know where to start, at Clearview Compliance we can provide you with a cost effective hassle free solution to help you comply with your producer responsibilities throughout Europe with our EuropeWide-Compliance Solution or if you simply want to discuss your options please contact us to discuss your individual needs.

At Clearview Compliance our EuropeWide-Compliance Solution will work with you to determine your exact requirements and ensure that you achieve and maintain compliance throughout Europe through the following stages:

So if you would like a cost effective hassle free solution to ensure compliance with your producer obligations throughout Europe or if you simply want to discuss your options please contact us to discuss your individual needs.

Below is a summary of the WEEE, Waste Packaging, and Batteries and Accumulators Directives in Europe.

If you require more information please click on the links to download pdf copies of each of the Directives.

The European Union first introduced Directive 2002/96/EC on waste electrical and electronic equipment (WEEE) on the 27th January 2003 and amended Directives 2003/108/EC on the 8th December 2003 and 2008/34/EC the 11th March 2008. This WEEE Directive was introduced to tackle the fast increasing waste stream of electrical and electronic equipment and complements European Union measures on landfill and incineration of waste.

This Directive outlines the requirements for WEEE management in all member states under the following:

Each EU member has responsibility for the transposition of this Directive in their own state.

The European Directive on packaging and packaging waste 94/62/EC and amended directive 2004/12/EC outlines the requirements on each country within Europe to reduce the generation of packaging waste.

Each individual state is responsible for implementing ways to reduce targets within their own countries and ensuring that these targets are achieved and implemented.

Each individual country has its own method of implementing the waste packaging directive and at present it is not possible for a producer to join one scheme that will cover the whole of Europe.

The European Directive on Batteries 2006/66/EC prohibits the placing on the market of certain batteries and accumulators with a proportional mercury or cadmium content above a fixed threshold.

The general objectives of this directive are to reduce the amount of hazardous substances - in particular, mercury, cadmium and lead - dumped in the environment and to ensure end-users are well informed by distributors, campaigns, visible markings on batteries, accumulators and battery packs etc

This Directive is transposed into law in each country in Europe individually and applies to all types of batteries and accumulators, apart from those used in equipment to protect Member States' security or for military purposes, or in equipment designed to be sent into space.

No reviews were found for Business to Business Compliance - Europe. Be the first to review!