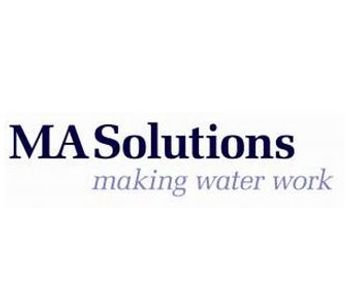 0
Share Share with Facebook Share with Tweeter Share with LinkedIn
An effective water treatment programme maintains the cooling efficiency and prevents fouling of the system. To meet this objective cooling water treatment technology is concerned with preventing: Scale forming or corrosion, General fouling, sediment etc. Microbiological fouling/Bio Films control of waterside conditions is achieved by the correct application of MASOL treatments and the maintaining of the necessary control parameters.

From a sample of mains and system water we determi...

From a sample of mains and system water we determine if the water is predominately scale forming or corrosive (by the Langelier Satuartion and Ryznar Indicies). Our selection of products will be based on the results of this analysis.

In addition to scale, fouling and corrosion, recirculating industrial cooling water systems, particularly open evaporative systems, provide a favourable habitat for the growth of a wide range of micro-organisms. Such systems obviously fulfil the primary requisite for biological activity; the availability of water and certain environmental factors, such as temperature and pH can be near ideal for the development of many types of bacteria, algae and fungi.

In aquatic systems the predominant bacterial form is SESSILE (Biofilm formers). Bio films are the natural form of Bacterial growth. A biofilm can be defined as a physiologically co-ordinated community of Bacteria and other micro-organisms, embedded in a protective film (Glycocalyx) which traps organic and inorganic debris within it, giving a source of food and protection for Bacteria.

In complete water treatment schedules a biocide programme should be incorporated and monitored to ensure that the biocides are controlling bacterial growth effectively. To maintain a clean safe system a Biocide programme will generally use two biocides in an open evaporative system. This prevents resistant strains proliferating. The main biocide should be one that is effective against sessile bacteria as this is the predominant bacteria in the water.

Legionella bacteria are associated with this biofilm and its control is vital in limiting proliferation.

In closed cooling systems bacteriological control is also very important especially with regard to Pseudomonas bacteria.

If Pseudomonas and other bio-film forming micro-organisms contaminate a system and multiply, they will form a microscopic jelly-like film around the inside of the pipes. These anaerobic conditions protect and enhance the growth of sulphate reducing bacteria between the film and the pipework,leading to microbial corrosion. Left unchecked the film will increase and debris will accumulate,slowing down the water flow through the system and creating clogging of small bore control valves and fittings. At the same time the corrosion will proceed until eventually leaks occur.

We have a wide range of MASOL products specifically for biocide control including Legionella and Pseudomonas bacteria.

No reviews were found for Cooling Water Treatment Services. Be the first to review!