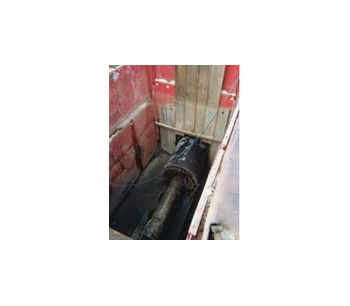 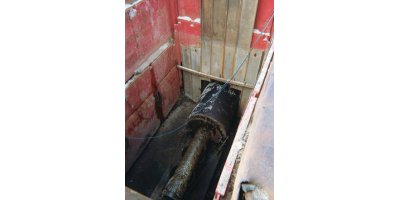 Horizontal Drilling - Press Hammer Tube: This type of technology is used successfully for the erection without digging in surface of water pipelines and sewage pipelines, cavidotti electric, telephone and / or gas pipelines, both for the crossing of roads, Provincial and Municipal, of channels, of railways and any physical constraints that will not allow the excavation in the open air and / or in all those cases in which the use of technology, NO-DIG is imposed or is recommended for economic and social issues. The execution can be divided into various stages of processing in particular can be distinguished.

STEP 1) Site survey and analysis of the existing s...

STEP 1) Site survey and analysis of the existing services

The first phase consists of unindagine site and careful analysis of the presence of sottoservizi and / or any impediment to the implementation of the perforation, is a crucial step for the successful design of a horizontal drilling. For the analysis of sottoservizi, and for mapping them, especially in highly dense urban areas, we recommend the use of the 'Geo-radar'. Instead, in suburban areas, where the presence of sottoservizi is less, it is possible, through surveys to be carried out c / o the owners of entitie: Telephony companies, Gas Companies , etc.

STEP 2) Realization of the thrust chamber

The realization of the thrust chamber is needed for installation inside of the drilling pipe and thrust shirt. The size of the room varies depending on the diameter to be laid, usually the dimensions for a medium-diameter pipe (1000 mm) are as follows:

Furthermore, the chamber will push forward the 'wall push' as much vertical as possible, to enable optimum thrust action. The thrust chamber 'will be dug in the ground near the path of the drilling and in the case of inconsistent material should be placed safely in extreme cases it may use metal molds or piling, placed prior to excavation. In the case of presence of water will be necessary to achieve the bottom of a jet Concrete, in a corner, leaving a sort of 'well suction' for the placement of a pumping system for continuous 'pump up” of groundwater.

The third phase of drilling will be on the positioning of the first ring of the pipe, also known as 'tube-jacket' that can be considered a sort of 'container' as in it will hold the true pipe installation. The next step will be to carry out the excavation in it together with the simultaneous thrust of it. The first ring of the pipe jacket, in large diameters above 1400 mm, is always a shield of protection in anticipation of a few mm of the excavation.

Commercially available are various types of tubes shirt for the creation of a puncture with this technology:

Diameters from 300-1400 mm
For these diameters the expected within the jacket tube using 'helical screws' a sort of mechanical conveyors that allow continuous removal of the material excavated from within the jacket tube directly to the chamber thrust. Since the helical screws made of steel, these diameters is not recommended to use tubes in concrete fiberglass or steel, but only as the inevitable friction during the rotation of the screws on the pipe jacket, could compromise the quality of pipe laid in the case with reinforced concrete and / or fiberglass.

Diameters greater than 1400 mm
At these diameters is possible to consider the use of three types of shirts because the pipe interior of the earth excavation, either by mechanical systems that do not attack in any way the pipe jacket.

A supply pipe steel “jacket” with a lining of any type (bituminous, epoxy, etc..) Both internally and externally appears unnecessarily burdensome for the following reasons, especially for smaller diameter and 1400 mm:
Skin, through the infissione, the jacket pipe in the ground, of whatever kind it is, is an abrasive action exerted against the outer surface of the pipe itself and then the shirt of his hypothetical coating.

Coating, using the screws screw steel pipe inside the shirt, and their abrasive action along the inner surface, the layer of coating would inevitably removed during the rotation of the screws used for the earth ground.

For this reason, the diameters of less than 1400 mm welding rods of various pipe shirt occurs only outside of the tube, due to the inability to achieve an eventual recovery of any internal coating along the strip of welding.

Facility within the interior of the pipe jacket
Generally preferred, for various reasons, to design in a jacket tube, the passage of a 'welding' that does not present any kind of dry joints.
We recommend the use of any type of metal or HDPE, the reasons are fairly obvious and arise mainly from the true spirit of creating a crossing with the laying of a pipe shirt, not directly with the pipe installation, as the current legislation requires.

Indeed, the jacket tube, having a diameter greater than the pipe system, then allows for maintenance issues and / or total replacement of the pipe, in fact the operation “off tube” occurs more easily if the tube system is unique.

Obviously the more extensive inspection of the manhole more this will become easier.

No reviews were found for Horizontal Drilling Service. Be the first to review!