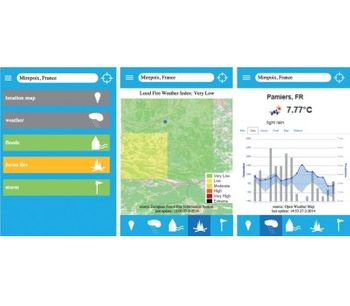 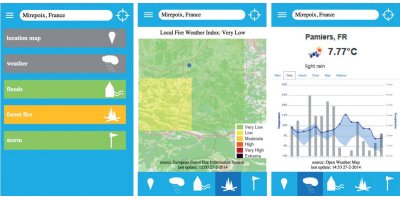 Everyone expects to have information readily available at their fingertips, for example on a smart phone or tablet. There are many water-related apps available around the world with useful information and for a variety of applications. We are happy to showcase some of our existing apps and to work on the development of new apps and web applications to address new challenges and innovative solutions.

The following apps are available:

The following apps are available:

Overstroom ik (Will I get flooded)?
Minister Schultz launched the application ‘overstroom ik’ in September 2014, which has been developed by HKV. This application makes it possible for the citizens of the Netherlands to be made aware of the probability of flooding, the maximum water level during flooding and the consequences of a flood. This app is freely downloadable in the Google Play Store and the Apple iTunes Store (only available in Dutch). The app ‘overstroom ik’ replaced the previous app ‘my flood risk’, which was also developed by HKV.

Safe Trip
This app, which we launched in January 2015, gives travellers and tourists within Europe information on their actual safety within the immediate vicinity of their current location. The first version of this app concerns information on high water levels, wildfires and severe storms. This app is intended to help people to be better pepared to ensure their own safety. This app is freely downloadable in the Google Play Store and the Apple iTunes Store (only available in Dutch).

No reviews were found for APPS - Water-Related Information Software. Be the first to review!