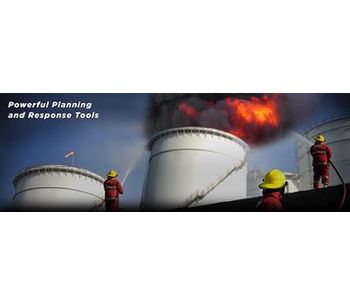 0
Share Share with Facebook Share with Tweeter Share with LinkedIn
BREEZE Incident Analyst is a comprehensive tool for accidental chemical release hazard and consequence modeling. Featuring industry-standard toxic dispersion, fire, and explosion models that have been developed by U.S. government, military, and industry groups, Incident Analyst provides a robust capability to evaluate the threats posed by accidental hazardous chemical releases. Whether modeling for facility design/safety improvement purposes, a U.S. EPA Risk Management Program Offsite Consequence Analysis, real-time assessment of hazards in emergency situations, or reconstruction of a past incident, BREEZE Incident Analyst puts a suite of ten powerful models at your disposal, all wrapped in a user-friendly interface.

BREEZE Incident Analyst provides safety professionals with a full suite of industry-proven toxic dispersion, fire, and explosion models and powerful tools for assessing threats to life and property due to accidental chemical releases.

For the full list of features and bug fixes, read the release notes above.

The Incident Tab is the heart of the program – through this one tab the user can specify all of the critical information needed for a model run. Chemical information, meteorological data, source characteristics, and result options such as concentration averaging time and levels of concern can all be quickly entered in this intuitive section of the program.

Select mixtures or chemicals, view their properties, and make changes to properties easily. Want to see what the effects of a change in process gas composition would be? Make quick, on the fly modifications to run that test without altering the permanent chemical database. BREEZE Incident Analyst also provides a robust capability to add chemicals, create mixtures, and save tweaks to chemical parameters – for more information on this, see Chemical Database.

Know which model you want to use and the parameters of your accidental release scenario? Select your model in the Source form, plug in your model inputs, and you are ready to run. Not sure which model to use, or not sure how to calculate a release parameter? For dispersion cases, use our powerful Source Term Wizard to take the guesswork out of your scenario setup.

Levels of Concern and Averaging Times

Incident Analyst provides a robust ability to adjust model output parameters to suit your needs. Levels of concern can be specified based on the application’s database of thresholds, such as IDLH, PEL, and LFL, or based on a user-specified value, to determine a hazard zone appropriate for your release. Averaging times can be similarly adjusted to suit the particular chemical and situation you are dealing with, from concerns about 8-hour exposure levels to the few seconds of concentrations above LFL needed to ignite a fire or explosion.

Liquid or dense gas fires that are confined, such as in a burning storage tank or by a dike, can be modeled with the GRI pool fire model. In addition to instantaneous thermal radiation exposure, the confined pool fire model calculates the temperature increase expected due to the fire at user-defined points. Users can specify the material and thickness (e.g. a 10 cm thick steel plate) in order to generate a precise temperature rise estimate.

For cases in which a burning pool of liquid or dense gas is free to spread (not blocked by walls or dikes), the GRI unconfined pool fire model can be used. Pool spreading is modeled, taking into account factors such as wind speed that can affect the spreading rate. Thermal radiation exposure is calculated over time, frequently increasing with time as spreading produces a fire with greater surface area exposed to air.

The GRI jet fire model allows a wide range of fire sources to be modeled, including flares, pipeline leaks/ruptures, and well blowouts. In addition to gas composition and release rate, the model takes into account factors such as the tilting of the flame due to wind speed and height above ground level.

The BLEVE thermal radiation model simulates a fire that may result from the leak or rupture of a pipeline containing a compressed or liquefied gas under pressure, and provides the total amount of thermal radiation exposure over a given time.

For situations in which limited characteristics of an explosive vapor cloud are known, or in which a conservative estimate of blast effects is desired, the TNT equivalency models developed by the U.S. Army and U.K. Health and Safety Executive provide an excellent modeling option.

An additional level of refinement in explosion modeling is provided by the TNO multi-energy model. This tool allows vapor cloud explosions to be better characterized with the definition of one or more sub-clouds.

The Baker-Strehlow-Tang model provides a powerful tool for simulating vapor cloud explosions that accounts for the degree of confinement (a key factor in determining whether a flash fire or a true explosion will occur), flame speed, ground reflection, and the number of directions in which the blast can expand. Like the TNO multi-energy model, the Baker-Strehlow-Tang model also allows an explosive vapor cloud to be characterized as multiple sub-clouds.

Specialty chemicals and chemical mixtures that are not contained in the Incident Analyst database can be easily added. Mixtures are particularly simple – define the mixture’s components (e.g. 50% methane, 50% propane) and the application will automatically calculate estimated properties for the mixture. Chemicals can be added to the BIA database and permanently saved for future reference. In addition, users can save and load custom chemical databases allowing them to save one database for each project, back-up their work, etc.

Two of the most difficult parts of conducting air dispersion modeling for an accidental release case are calculating the proper source parameters to use and selecting the correct model to use. BREEZE Incident Analyst’s Source Term Wizard can complete both of these tasks, greatly simplifying your job. With the Source Term Wizard, the user need only supply information that is commonly known: storage conditions such as storage tank size, shape, and temperature, and what type of accident is being modeled (e.g. a rupture in the side of the tank). The Source Term Wizard then automatically calculates the release properties needed by Incident Analyst’s dispersion models and will recommend an appropriate dispersion model to use in that particular case. Whether you are modeling an accident in real-time or just trying to get your everyday work done faster, the automation and assistance provided by the Source Term Wizard is a major asset.

Import base maps (image files, DXF files, and shapefiles) to speed up scenario setup and produce highly informative results graphics. Rather than hunt down coordinates of every source and point of interest for modeling results, users can simply use the Map tab’s point-and-click interface to add these objects to their modeling runs. Additionally, model results can be quickly and easily output to Google Earth.

Incident Analyst provides a robust set of model outputs. A Results Summary file provides a quick look at the most critical results (e.g. radius of exposure to concentrations over a specified threshold). For those needing more information or an in-depth understanding of why the model produced a given result, the Model Results file provides detailed information. Users can have confidence in their understanding of their results thanks to the User Guide and extensive technical documentation on each model.

No reviews were found for BREEZE Incident Analyst - Accidental Chemical Release Modeling Suite. Be the first to review!