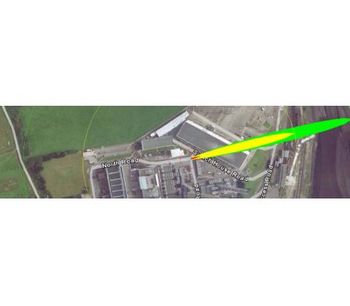 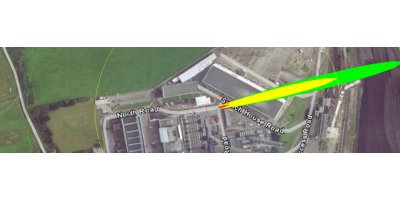 BREEZE LFG Fire/Risk analyzes the potential risks associated with release of liquefied fuel gas (LFG) and liquefied natural gas (LNG) from a vessel or pipeline failure as required for regulatory compliance and safety operations. This product also enables the predication of the vaporization rate and downwind vapor concentrations for explosion hazards and thermal radiation for the resulting fires. LFG Fire/Risk contains Source5, DEGADIS, and fire models, as well as an intuitive interface that guides users through entering the required and optional inputs.

BREEZE LFG Fire/Risk is easy to use and quick to run. The intuitive interface guides the user through entering required and optional inputs and selecting the appropriate algorithms. With BREEZE LFG Fire/Risk, EH&S professionals can efficiently analyze the risks from a vessel or pipeline failure as required for regulatory compliance and safe operations. By incorporating a variety of sophisticated models – Source5 Model, DEGADIS Model, and Fire Models – users have more versatility and power!

Source5 is a LNG-specific model developed by the Gas Technology Institute that predicts the vaporization rate from instantaneous spills and continuous leaks over land or water. This model was developed to specifically handle the complicated behavior of LNG as it vaporizes and forms a dense cloud. With the Source5 model, users will have the ability to choose from a variety of release types when predicting the evaporation rate and spreading of an evaporating LNG release.

The output results are easy to read and flow seamlessly into the DEGADIS Model without manually typing results into DEGADIS. This seamless integration of Source5 output into DEGADIS reduces errors and reduces the time required to do the job.

When selecting the Source5 model, users are prompt...

When selecting the Source5 model, users are prompted to identify the source characteristics, details, and LNG properties in the dialog box.

For the source details in Source5, the floor prope...

For the source details in Source5, the floor properties, tank specification, shape of the dike, and dike dimension are required.

Lastly, users are requested to describe the LNG pr...

DEGADIS is an EPA approved dense-gas model that predicts downwind vapor concentrations for explosion hazards, developed specifically to model heavier-than-air gaseous releases. A cloud from a dense gas release behaves very differently than a plume from a lighter-than-air release. Since the gas is heavier than air, the cloud characteristics are primarily gravity-driven. Negative buoyancy and stable density stratification are among the factors that prevent the application of a Gaussian dispersion model from accurately simulating a dense gas release.

DEGADIS can model a mixture of release type and duration scenarios:

A graph of the centerline concentration at the hei...

A graph of the centerline concentration at the height of interest, which users can generate after successfully running the DEGADIS model.

For plotting results on the base map, users can sp...

For plotting results on the base map, users can specify the concentration contours and output file.

BREEZE LFG Fire/Risk provides users with four fire models to choose from for their model run; Confined Pool Fire, Unconfined Pool Fire, BLEVE, and Vertical Jet Fire. These fire models calculate the thermal radiation flux associated with a potential explosion and fire, as well as many other parameters, so users can efficiently analyze the potential risks associated with a specific scenario.

Users have the ability to select between the four ...

Users have the ability to select between the four fire models by simply clicking the fire model icon on the user-friendly interface.

Originally developed for the Gas Research Institute (GRI) to model fires that occur when liquid is ignited in a confined area, such as a dike or a tank. The dike may be circular or rectangular. The model calculates the distance to various radiation levels specified by the user and also allows for the calculation of the dynamic temperature rise of a nearby target.

Originally developed for the GRI to model fires that occur when an unconfined spreading pool of liquefied fuel gas ignites. The model calculates the distance to various radiation levels specified by the user (e.g, the 5 kW/m2 level specified by the U.S. EPA in the 112(r) RMP regulations, or the radiant flux levels specified in the U.S. federal standard 49 CFR 193.2057 for LNG facilities) and calculates the radiation flux as a function of time at a given distance as the pool spreads.

Originally developed by the GRI to model fires that may result from the leak or rupture of a pipeline containing a compressed or liquefied gas under pressure. The model calculates the distance to various radiation levels specified by the user and can calculate the dimensions of a high velocity jet flame ensuing from a ruptured pipeline.

No reviews were found for BREEZE LFG - Fire/Risk. Be the first to review!