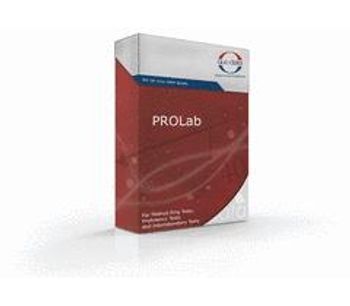 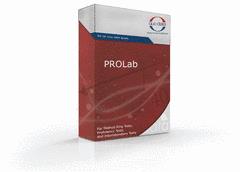 PROLab is a software family for planning, organizing, performing and analyzing interlaboratory tests - that is, for both proficiency tests assessing the performance of laboratories (typically acc. to ISO 13528) and collaborative studies for the validation of analytical methods (typically acc. to ISO 5725: 1-6). Our PROLab Flyer provides an overview of this software.

In particular, PROLab™ provides all necessary features to meet the requirements of ISO 17043 on quality management and quality assurance for proficiency testing providers.

PROLab™ is used and recommended by some of the most important PT providers worldwide, such as:

It is also used in company-wide quality assurance programs such as at AngloAmerican.

If you are interested in L-Scores for qualitative data, please get in touch with us.

PROLab™ is synonymous with comprehensive quality and accuracy of interlaboratory studies. The validation process includes both automated and manual testing to ensure that reports, computations and display of charts are done so correctly. With respect to the statistical evaluation of data, PROLab™ conforms to all computational requirements outlined in the standards listed below.

Analysing your PT or method validation data has never been easier. Obtain your results in three easy steps:

PROLab's conception rests on the methods described in the relevant international standards and on highly advanced mathematical-statistical tools. Statistical evaluations in PROLab are performed in accordance with the following computational standards:

The following evaluation criteria are made available for laboratory assessments:

PROLab allows the performance of a homogeneity test according to the following criteria:

Evaluations across samples and tests

In addition, PROLab contains a module for testing the equivalence of measurement methods based on a new approach which circumvents the problems inherent in using data from proficiency tests for methods equivalence testing.

Dispersion display according to ISO 13528

Kernel density estimation according to the Harmonized Protocol (IUPAC, 2006)

The HORRAT trend is used to investigate the across-tests dependency of the reproducibility standard deviation on analyte concentration.

This includes a display of the HORRAT (Horwitz Ratio) values, i.e. the ratio of the empirical and the classical Horwitz standard deviations. Here as well, it is possible to choose between carrying out the analysis for one single or for all measurands.