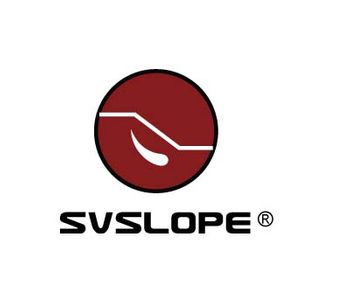 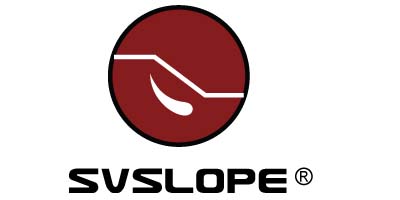 SVSlope represents the new standard in slope stability analysis. Users can perform classic limit equilibrium slope analysis by the method of slices or newer stress-based methods. Advanced searching methods are implemented to correctly determine the correct location of the critical slip surface. SVSlope is characterized by an advanced probability analysis as well as integration with other packages in SVOffice. The streamlined user interface and advanced slip surface searching algorithms make for fast model setup and computation times.

We have put extensive effort into verifying SVSlop...

We have put extensive effort into verifying SVSlope against classic case-study scenarios and existing slope stability software packages such as Clara/W. Some original interface concepts were inspired by Clara/W and have been implemented in SVSlope in order to provide continuity of use. The team at SoilVision Systems Ltd. represents an advanced group of geotechnical engineers and software developers with M.Sc. and Ph.D. degrees and decades of experience which ensures that your modeling will be successful and reliable. This allows users to be confident that results from SVSlope are correct.

It was a number of years ago that we laid out the design for a slope stability software project. The SVSlope project represents the most ambitious project our company had ever undertaken. The resources and time periods needed for this type of project were daunting. Why do this project?

The SVSlope software provides easier access to statistical methods and allows the linear and nonlinear analysis of unsaturated soil conditions in a slope. The software has implemented cutting edge slope stability analysis methods that are receiving attention in the research literature. This new software tool is implemented on the latest software platforms, has a simple user interface and is supported with extensive help systems and training tools. The concept was to create and release a software package that was more technically advanced and still easier to use than any existing software tools.

In order to develop such a software tool, the technical staff at SoilVision began by assembling a team of technical professionals and experts to guide the development of the new package. The core development team assembled to undertake the software development had received graduate degrees by studying under slope stability experts such as:

Once the team was assembled, work began by laying out the design concepts and framework. Then the scheduling of the project was laid out. As in any large project, the only certainty was that there be ongoing change. Given the size of the project and the number of different software technologies available there was a significant amount of trial and error in order to obtain the desired final product.

Proper documentation of the software was a priority. The documentation was divided separately into a user’s manual, a tutorial manual, a verification manual, and a theory manual. Software for document versioning and maintenance and delivery of the core documents was reviewed and a system for delivering suitable help assistance on a variety of formats was established.

Verification of the software package was considere...

Verification of the software package was considered of paramount importance and a great deal of time was extended comparing SVSlope results to published benchmarks and other slope stability software packages. A great deal of lively discussion ensued internally and with our external review board of experts regarding the proper quantification of a “right” answer! During re-visitation and programming of classic limit equilibrium method of slices it was both informative to track the application of these methodologies to various classes of models.

Once the software was prototyped, it was also considered important to put the software into hands of consultants with significant slope stability modeling experience where the product could be subjected to critical testing and examination. The “Beta” version version has performed well. The release date of the project has been pushed back a number of times in order to make all necessary adjustments and corrections have been implemented to ensure seamless performance of the software.

We are pleased to introduce you to SVSlope, a new standard in slope stability analysis.  It is the culmination of years of work, thousands of man-hours and the most extensive review and verification program ever executed by our company. The software has already been applied to world-class slope stability projects.

SVSlope is intended to provide geotechnical consultants with a comprehensive slope stability package that pays special attention to recent advances in the analysis of natural and man-made slope. We feel that this product implements a balance of leading edge technologies as well as classic slope stability methods and will provide added value to geotechnical engineering consultants. We welcome you to use the results of our hard work!

No reviews were found for SVSlope - Slope Stability Analysis Software. Be the first to review!