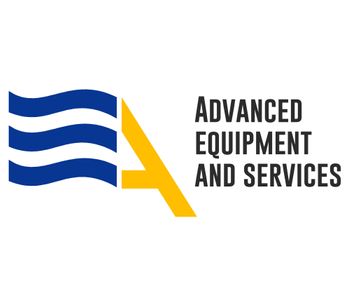 The presence of hydrogen sulfide in home drinking water supplies is not a health hazard, but is a common nuisance contaminant whose distinctive “rotten egg” odor makes water treatment desirable. Several treatment methods are available, and often hydrogen sulfide can be treated and removed using the same process and equipment used for iron and manganese removal.

Hydrogen sulfide is a gas formed by the decay of organic matter such as plant material. It is most commonly found in groundwater characterized by relatively low concentrations of dissolved oxygen and by a pH less than 6.0 (relatively acidic). In higher pH waters other forms of sulfur may be present (sulfide or bisulfide). Surface waters are typically less likely to contain hydrogen sulfide since flowing waters are aerated naturally, which promotes an oxidation reaction. The hydrogen sulfide either escapes as a gas or is precipitated as a solid.

Harmless sulfur bacteria are also found in many private water supplies and distribution systems. These bacteria feed off natural sulfur compounds in water, producing hydrogen sulfide as a result. Sulfur bacteria are not a risk to human health, but their presence in drinking water can be a source of unpleasant tastes and odors.

Most methods for treating sulfur water rely on the oxidation of hydrogen sulfide gas into elemental sulfur, a solid. Oxidation is the process by which soluble or dissolved contaminants are converted to soluble byproducts or insoluble products that can be filtered. This process changes the chemical and physical properties of the reactants. Hydrogen sulfide can be oxidized by several methods. If concentrations exceed 6.0 mg/l, chemical oxidation such as chlorination is recommended. If concentrations do not exceed 6.0 mg/l and water pH is above 6.8, an oxidizing filter such as manganese greensand can be used.

Continuous chlorination is a widely used and effective method for oxidizing hydrogen sulfide, especially if the water pH is 6.0-8.0. Chlorine is usually administered as sodium hypochlorite, which reacts with sulfide, hydrogen sulfide, and bisulfide to form compounds that do not cause foul taste or odors in drinking water.

The amount of hypochlorite to be used depends on the concentration of hydrogen sulfide in the water supply, however a recommended dosage is 2.0 mg/l chlorine for every 1.0 mg/l hydrogen sulfide. Chlorine should be added into the system ahead of the mixing tank, and sufficient storage must be provided to allow the water to be in contact with the chlorine for twenty minutes. Treated water may have lingering tastes or odors caused by the formation of certain harmless by-products or residual chlorine. After the required contact time, therefore, the water should be passed through an activated carbon filter to remove final suspended sulfur or excess chlorine.

Chlorination systems are available as a pellet-drop unit or a liquid-chemical feed. The pellet-drop system automatically dispenses a measured amount of chlorine down the well casing or into the retention tank during the pumping cycle. The chemical feed system features a liquid feeder connected to the well pump.

In a typical aeration system, ambient air is introduced into the water using an air compressor or blower. Well-designed aeration tanks maintain a pocket of air in the upper third or upper half of the tank. If the tank does not maintain an air pocket, sulfur odor may return. Most household water supplies contain less than 10 mg/l of sulfur, in which case an aeration tank about the same size as the filter tank (10' x 54') works fine. When sulfur levels exceed 10 mg/l, larger aeration tanks, repressurization systems, chlorination systems, or a combination may be needed.

Aeration is not always practical for home water treatment, especially if hydrogen sulfide concentrations exceed 10 mg/l, because it requires very acidic conditions (pH 4.0-5.0), long contact times for the air and water to mix, and usually large space requirements. In addition, treated water may need to be repressurized for distribution within the house and objectionable odors must be removed by venting the gas outside.

Catalytic carbon retains all of the adsorptive properties of conventional activated carbon, but it combines them with the ability to promote or catalyze chemical reactions. During the treatment process, catalytic carbon first adsorbs sulfides onto the carbon surface. Then, in the presence of dissolved oxygen, it oxidizes the sulfides and converts them to nonobjectionable compounds. In this capacity, catalytic carbon is similar to manganese greensand and chlorination systems that remove sulfides through oxidation. It differs in that it maintains consistent catalytic activity (oxidation) that can be controlled and enhanced to treat sulfur water without use of chemical additives.