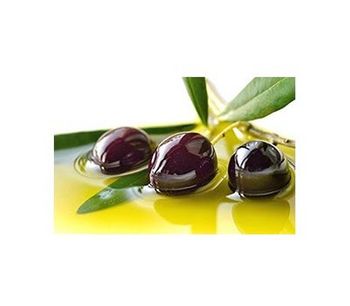 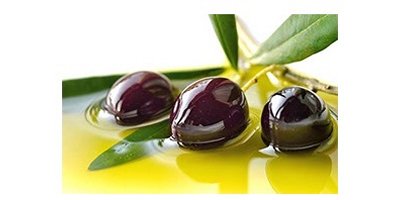 Ozonated Olive Oil is an amazing substance, used for healing wounds that would otherwise not heal. Stories abound of patients unable to heal wounds with topical and IV antibiotics, finally able to heal their wounds with topical application of ozonated oilive oil. The secret? The Ozonated Olive Oil not only kills bacteria, fungus, and other pathogens thereby sterilizing the wound, but it also does what no antibiotic could possibly do - stimulate the healing process.

The following is information which illustrates how ozone reacts with olive oil and what results you could achieve:

Absolute Ozone® Generators due to very high ozone concentration will offer you high speed of reaction and will save a lot of time and money.

However mixture of oil and concentrated ozone will generate a high amount of heat and if mixing is not done properly could even explode.

One of the commercial  methods to inject ozone efficiently, especially if you want to completely ozonate the oil and to make it clear, is to add solvent to the oil.

It will not only prevent oil from burning or exploding, but will make it easier to pump oil through the ozone injection ventury system and significantly speed up the reaction.

We do not recommend bubbling ozone through the oil unless a very small amount of oil is treated, as it is very inefficient and there will be a lot of ozone wasted furthermore the reaction could take days or even weeks.

When a few gallons of oil require treatment depending on the final desired result, Absolute Ozone® Atlas 30 or even NANO, will be able to produce desired results efficiently and cost effectively.

The following document highlights the procedures and methods associated with ozonating olive oil, and provides information about the traditional uses of ozonated olive oil ( C10H18O3, also referred to as as Glycozone, or OZOL, described as a terpene peroxide gas ).

HOW TO OZONATE OLIVE OIL, AND TRADITIONAL USES

Shortly after patenting his his first ozone generator, Nikola Tesla ( in 1900 ) began marketing an ozonated olive oil to medical doctors. Nikola Tesla created his ozonated oil by bubbling ozone through pure olive oil in the presence of a magnetic field for eight weeks. By 1904, ozonated olive oil, also known as Glycozone, began appearing in medical literature, such as 'The Medical Uses of Hydrozone and Glycozone', 9th Edition, by New York Chemist Charles Marchland.

Ozone, as a very reactive gas, is difficult to stablize for long periods of time in a useable form. However, by bubbling ozone through an ozone resistant container ( such as a glass container ), the ozone gas is trapped, and begins to react with the oil.

In essence, what is occuring is a catalytic reaction that actually burns the olive oil. One of the resultant compounds is C10H18O3, with the hydrogen and carbon complex. Some of the terpene gas remains trapped within the oil, and some is released into the environment.

While some people may believe that fully ozonated olive oil is an ozone carrier, the oxygen is actually bound and released as a peroxide ( O-O-H bond ). Ozonated olive oil will hold actual ozone gas for a limited amount of time, but in its 'free form' state.

How long should olive oil be ozonated for?

The average time, dependant on the type of ozone generator one is using, is about 3 weeks. Once olive oil is completely ozonated, it will actually turn into a nearly clear, gel substance. The smell of ozone being emmited from the olive oil will be noticeable. The final product must be kept refrigerated at all times.

Ozonated oil is actually created by a redox reaction. The ozone literally burns the oil, and three primary, organic peroxides are actually created throughout the entire process. In other words, the first peroxide created reacts a second time to produce a second peroxide, and then finally once again to form C10H18O3. The final process is quite noticeable as the entire substance will turn into a white foam. Once this white foam settles, ozonating any further is pointless, as the original oil is no longer present, and the compounds have been taken to a state that no longer reacts with ozone.

Ozonated oil, or even partially ozonated oil, makes one of the most excellent facial skin conditioners available at any price. However, the application must be done properly to avoid problems.

Apply the oil to the face very liberally, being certain to massage deeply. Use enough oil to coat the skin, so that the pores are completely insulated. Allow the oil to remain on the skin for about twenty minutes. Then, using a paper towel, remove all of the excess oil on the surface of the skin. Failure to remove the surface oil may eventually cause skin problems.