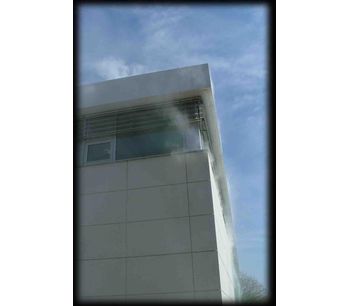 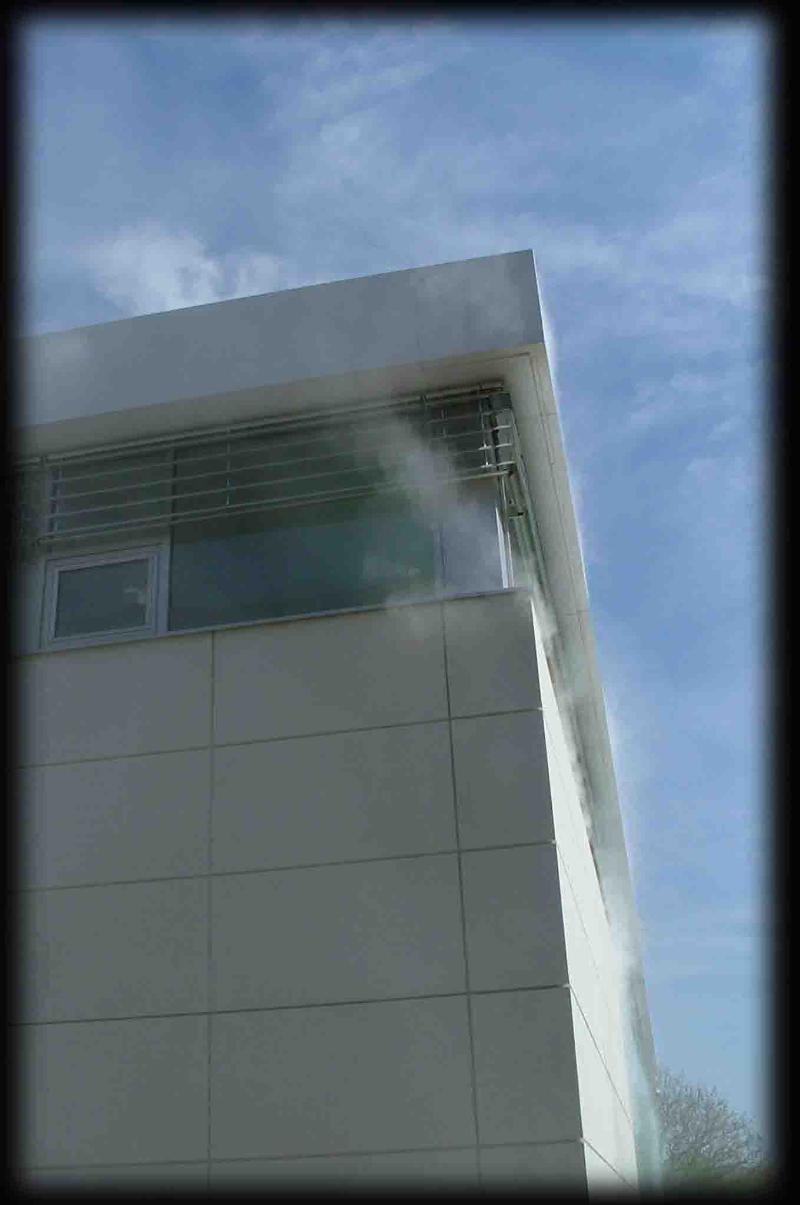 The air tightness or leakage rate of a building is the uncontrolled flow of air through holes, gaps and cracks in the fabric of a building, which may not be detectable simply by looking at the outside of the building. Filling a building or void with smoke and pressurising that volume, will result in a visible discharge of smoke from any problem areas. Smoke is the perfect medium for discovering where leaks are and how big they are!

Filling a 'leaky' building, ductwork, pipes, aircraft or containment area with smoke and ideally adding a small amount of pressure to the area being tested, will result in a visible discharge of smoke and, simply put, the greater the volume of smoke, the bigger the leak.

After Concept developed a bespoke system for their aircraft testing requirements, a spokesperson for the RAF commented:

'The use of smoke as a means by which to detect cabin pressurisation leaks has been shown to be extremely effective and is unquestionably superior to any alternative detection method used to date!'

For the greatest efficiency you need to use a smoke with the longest possible hang time and the smallest particle size.

The ViCount (recommended for large scale leak testing & building envelope testing) produces a non-toxic, food quality, intrinsically bio-degradable oil based smoke.  The resulting smoke barely evaporates, enabling dense smoke concentrations to be achieved and maintained in massive volumes, that would require up to 10 water based systems to achieve comparable results.

The smoke can be vented from the premises after a building envelope or leak test, leaving no signs or indication that a test has even been carried out.