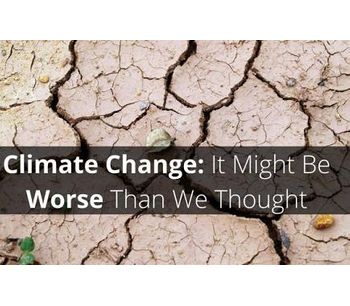 Climate Change: It Might be Worse than we thought

The Intergovernmental Panel on Climate Change (IPCC) recently issued a report which states that the effects of climate change, particularly with regard to rising sea levels, may be even worse than was previously projected.

The report projects a worst-case-scenario sea level rise that is 10 percent higher than worst-case-scenario projections made by the same body five years ago. According to the new report, the rate of global sea rise was two and a half times faster during the decade from 2006 to 2016 than it was during the entire 20th century.

As sea levels rise, land disappears and, as a planet and a species, we simply cannot afford to lose much more of it. Meeting the needs of an ever-rising world population already requires almost every square inch of existing land. Losing more space will add further stress on not only human populations and economies but the earth’s ability to recover.

Rising sea levels are even more problematic given that, because of climate change, extreme flooding events are likely to become more and more frequent, dumping ever-larger quantities of water on coastal communities which will be less able to handle such events.

The IPCC report warns that other effects of climate change are also speeding up. The oceans are warming at an unprecedented pace, with a warming rate that has more than doubled since 1993. This warming has already led to disastrous events including harmful algal blooms (HABs) and dying coral reefs.

HABs have proven to be disastrous for fish populations and, in many cases, commercial fisheries-dependent coastal economies. Coral reefs are incredible stores of biodiversity, home to more than 25% of all marine species. When reefs are under tremendous stress, as they are now, due to climate change, many species suffer population losses, some severe enough to make recovery unlikely. The effects of dying coral reefs, not only on the health and biodiversity of the oceans, but also coastal communities and their economies, could be massive and tragic.

Seafood safety is yet another casualty of rising ocean temperatures. Vibrio and other toxic bacteria may thrive due to warming oceans, spreading both foodborne and waterborne illness.

If any good news at all may be taken from the IPCC report, it is that it is still within our power to make positive, mitigating changes. But we must act soon. Michael Oppenheimer, a lead author of the report and a professor of geosciences and international affairs at Princeton University, said he believes that a failure to take timely action will result in a climate change acceleration that will be “a major strike against the human endeavor”.

Oppenheimer does see hope in the possibility of actions and believes adaptation is possible, with it’s success determined by “how strongly we mitigate greenhouse gas emissions”. If we lower carbon pollution enough, Oppenheimer says, we can keep sea level rise from exceeding the one foot mark, at which point it would be problematic but manageable. However, if we fail to lower our carbon pollution and the seas rise two and a half feet, as the IPCC report predicts, “the job will be too big. It will be an unmanageable problem.”

At PME our entire product line exists to support the work of university research teams, conservation organizations, and other groups dedicated studying and helping waterways around the world. Many groups do great work in this field but, as the IPCC report makes clear, they need help in the form of public policy changes to preserve the health and well-being of our oceans and our planet.

No comments were found for Climate Change: It Might be Worse than we thought. Be the first to comment!