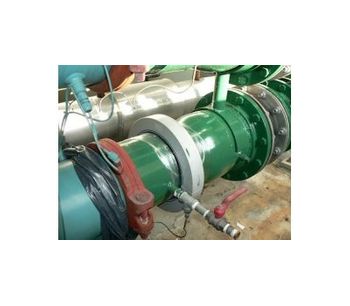 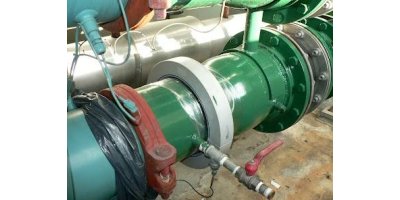 Why is such a closed loop chosen? Either the temperature of the cooling water has to be so low, that it would be difficult and not feasable to produce such temperatures with an open system. Or the consumer of the cooling water is so valuable or critical for a process, that no one take the risk of fouling or blockage, due to an uncertain water quality from an open loop. In other words, in a closed cooling water system the same water is used all the time and recirculated in the loop. Technically it is easier to assure the same water quality in such a water, then in an open system.

For example, when using seawater directly for cooling an engine in a big vessel, the risk of scaling at the engine is far too high, then a closed loop is chosen.

Merus Rings are used in a row of such applications. Corrosion is the biggest issue in the closed cooling loop. Despite using chemicals against corrosion, we see a lot of cases where customers still have problems with the corrosion. This corrosion leads to several problems in the closed loop. The rust is transported by the water through the system and might settle, where it causes a lot of problems. For instance, if mold forms are cooled by such a closed loop, there are often very narrow channels inside the mould form for the cooling. These get easily blocked by the rust or iron particles and the cooling is not sufficient anymore. When installing Merus Rings, we first check the actual situation, doing some water analysis to check the iron content in the water. Very often when starting a project, the iron content is far above 10 ppm. We install depending on the size of the chilled cooling water loop. Either direct at the chiller itself, or if there is a big system, like a shopping mall or a big apartment building, we have to install several rings throughout the chilled water system.

Merus checks the quality of the recirculated water a few times by doing both, measuring the iron content as well as visually, by checking the turbidity and the color of the water. Under normal conditions, the water is found almost totally clear and the iron content has stabilized below 2 ppm.

The picture to the right shows a heat exchanger tube bundle from a chiller. A lot of scale and fouling found at the tubes. This is the open side of the cooling loop, connected to a cooling tower where the debris is coming from. Inside the tubes the cooled water is flowing and there the water is perfectly clean.

Most of our customers stop using anti-corrosion chemicals, after seeing the reports and the quality of the water. The ROI, when calculating the savings of the chemicals and the less need of maintenance, is normally less than one year.

No reviews were found for Closed Cooling Water System. Be the first to review!