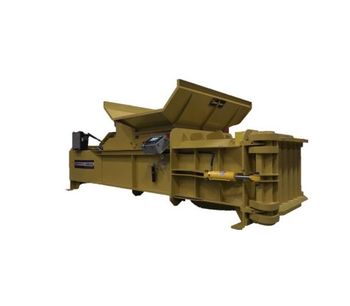 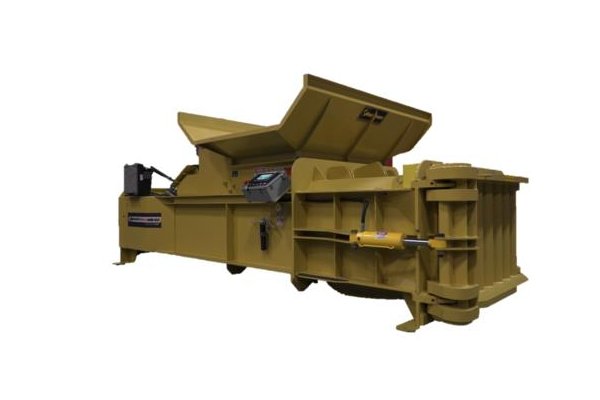 Harmony's HM-60 Closed Door Manual Tie Baler is the industry standard for recycling a variety of commodities efficiently into a mill-sized bale!

(bale weights are approximate & may differ depending on moisture, material density and caps on PET bottles)

Harmony’s  HM60 Closed Door Manual Tie Baler has several additional benefits that allow it to stand out as superior to other horizontal balers in its class.  All of these added features provide owners with confidence that the baler will continue to work safely, properly, and with minimal operator interference or recycling down time.

Here are 8 additional benefits of the HM60 that demonstrate its superiority:

Interlocking Chassis Construction - This ensures that any stress produced by the baler is not placed on welds, but on the entire steel structure.

1/2' Steel Sidewalls - This is much more robust that that of the competition.

HMI Interface Programming - Allows the operator to preset and adjust machine pressure, size of bale, length of bale, weight of bale, commodity being baled, and the calibration of the conveyor upper and lower photo eyes. The ability to preset these settings eliminates the need to have a 'cheat sheet' of instructions on the baler and reduces the chance of operator error.

Wire Placement Settings - The HMI also remembers the wire placement for different commodities and leads employees through the wire placement and tying process. For example the OCC setting might use 6 wires, while the PET setting might have 2 wires in every position, making 12. This user friendly feature ensures even occasional operators can do the job right every time.

Auto Shear Jam Correction - In the event of a shear jam the baler performs an automatic clearing function to clear the jam, seldom requiring operator intervention. If the jam cannot be cleared on it's own, the baler will it alert the operator with an audio signal and with an on-screen message identifying the problem.

Auto Hopper Bridge Detection and Clearing - If there are large boxes or materials lodged in the hopper, the baler will automatically attempt to correct the problem. If the baler is unsuccessful clearing the lodged material, a horn will sound to alert staff so that there is minimal down time.

Low Oil Shutdown Alarm - As equipment ages, a simple failure such as a blown hose can cause mortal damage to hydraulic pumps as they are run dry, not to mention damage caused by a full tank of hydraulic oil pumped onto a plant or distribution center floor. This safety feature senses an abnormal oil level drop, alerts the operator, and automatically shuts down the baler quickly before significant oil is lost or pumps are       damaged.

Automatic Bale Decompression - Opening the door of a horizontal baler while the bale is held under pressure can be deadly. The HM60 ensures this is never done by automatically retracting the ram to fully   decompress the bale before allowing the latch/door to be opened. Multiple door and latch sensors prevent the baler/operator from applying pressure while the door or latch are not fully closed and secured. These same safety features restrict ram movement if the door is in an unsafe open position during bale ejection.

No reviews were found for Harmony - Model HM-60 - Closed Door Manual Tie Baler. Be the first to review!