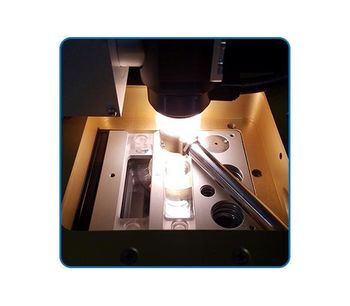 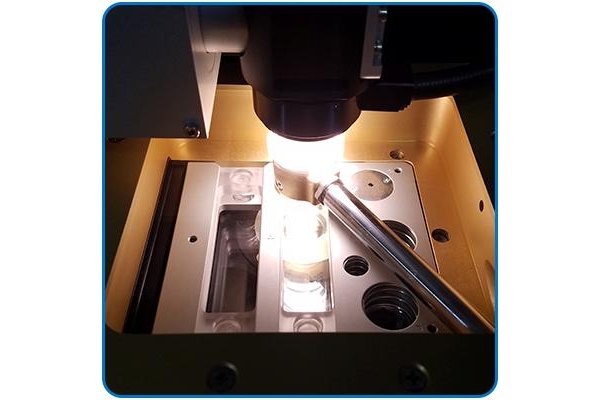 eQC is an embedded energy detector inside the HelEx II laser ablation sample chamber that captures real-time energy and energy density measurements on the sample holder where samples are analyzed.

All laser ablation systems have an energy detector that is in the laser or relegated to locations that are far removed from the sample, until now. The eQC is the first and only energy detector that is built-in to the Teledyne Photon Machines HelEx II sample chamber, providing the only accurate, TRUE measurement of energy density (or energy) at the sample, where the ablation occurs.

Energy detectors that are “upstream” of the sample chamber are blind to losses caused by degradation of the laser and beam delivery optics, and other losses in the beam path that result in erroneous readings at the sample, whereas eQC sees what the sample sees during ablation.

In addition to providing the most accurate energy & energy density measurements of any laser ablation system, eQC is an on-board diagnostic tool that monitors the health of the system by comparing the energy output of the laser (as measured by excimer laser’s integrated energy detector) with the eQC readings. Any changes from the original factory measurements that occur are immediately apparent and the software automatically calibrates the energy density display within Chromium for user assurance that the desired energy density is truly achieved at the sample surface.

The eQC is the ultimate in Energy Quality Control.

No reviews were found for Teledyne CETAC - Model eQC - In-Situ Energy Detector. Be the first to review!