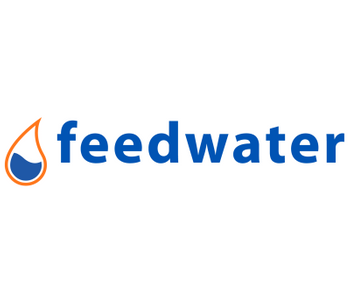 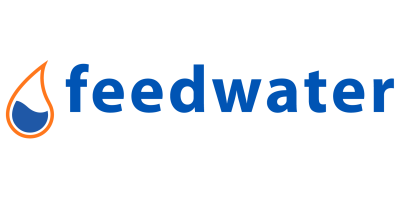 From System Cleaning and Building Services

Chlorine Dioxide Water Treatment  Feedwater is the manufacturer and supplier of Activ-Ox® chlorine dioxide water treatment dosing systems and chemicals which are inexpensive, safe and easy to use. Chlorine dioxide (ClO2) is becoming increasingly used in the purification of water because of its unique combination of properties: a powerful, yet selective oxidant and biocide, disinfectant and sanitiser.  Read on to find out the many benefits of ClO2 and why Activ-Ox is much better than stabilised chlorine dioxide solutions and tablets.

Why Is Chlorine Dioxide Such A Good System For Water Treatment?

Chlorine Dioxide has been called the “ideal” biocide because of its unique combination of properties.

Potency - It is extremely effective at low dosages. Maintaining a continuous free chlorine dioxide residual of just 0.1 – 0.5 mg/l of chlorine dioxide in a water supply has been shown to be effective in controlling a wide range of harmful bacteria and problematic microbes.

Rapid kill – Chlorine dioxide disinfects and sanitises in seconds, where other water treatment biocides can take many hours or even days to work.

Not pH sensitive - Unlike chlorine and bromine, which both become less effective as the pH of water rises, chlorine dioxide has been shown to remain an extremely effective biocide between pH 4 and 10.

Effective biocide against biofilms – Because chlorine dioxide is a readily soluble gas which dissolves in water without forming ionic species, it is able to permeate and penetrate biofilms which are often relatively resistant to other disinfectants and biocides, such as chlorine. This makes chlorine dioxide particularly effective in controlling and removing pseudomonas and other slime-forming bacteria which can cause major problems in many water systems such as cooling towers, heat exchangers, spa pools/baths and hot tubs.

Potency against legionella - Chlorine dioxide is extremely effective at controlling legionella bacteria and the microbial biofilms in which they tend to grow. It is recognised as a suitable biocide and disinfectant to control the risk of Legionnaires' Disease associated with hot and cold domestic water systems, cooling water systems, spa baths, hot tubs and leisure pools. (Read more about Legionella Control with Chlorine Dioxide)

No Halogenated Disinfection By-Products (DBPs) - When chlorine dosing systems are used in the purification of drinking water that contains natural organic compounds such as humic and fulvic acids, it tends to form halogenated disinfection by-products such as tri-halo-methanes (THMs). Drinking water containing such DBPs has been shown to increase the risk of cancer. ClO2 works differently to chlorine; its action is one of pure oxidation rather than halogenation, so these halogenated DBPs tend not to be formed when treating water containing organic compounds with chlorine dioxide.

High Selectivity - Whilst Chlorine Dioxide is an extremely powerful oxidant, it has a lower reduction potential than most other commonly used oxidising biocides and disinfectants used in water treatment. This lower redox potential means that it is able to kill the microbes without reacting with other contaminants in the water, often resulting in much lower dosage rates which can make it the cheaper alternative.

No Taste, Odour and Taint Problems - Ordinary chlorine reacts with ammonium compounds in water to form environmentally damaging chloramines, which give the water an unpleasant taste and odour. Because chlorine dioxide doesn’t form chloramines and other halogenated DBPs, it does not cause taste and odour problems in drinking water, and in process water there is less risk of tainted product.

This means ClO2 is often used for the purification of problem drinking waters and is the disinfectant of choice for the sanitation of water used for food and beverage production.

Why Activ-Ox® is the Best System

Traditional ClO2 generators and stabilised chlorine dioxide dosing systems are being used increasingly widely. However, the chemicals they use can be hazardous and the generator systems either complex and expensive or cheap and poorly manufactured - often sold by suppliers who just don’t understand chlorine dioxide. This means that many of these systems are not suitable for the applications for which they are supplied.

Activ-Ox® is Feedwater's patented Chlorine Dioxide generation system. It is simpler, safer and much more effective than other ways of producing ClO2, such as stabilised chlorine dioxide solutions and chlorine dioxide tablets. It is equally suitable for water treatment in building services, food and beverage and industrial applications. It can be used to treat anywhere from a few litres to 1,000s m3 of water per day and has also been incorporated into a unique chlorine dioxide foam cleaning process for surface disinfection and sanitation.

At the heart of the Activ-Ox system is our patented chemistry which enables us to produce a very high yield of chlorine dioxide (95%+), instantly using low hazard chemicals.

Is simple, safe and reliable

This unique chemistry has enabled us to manufacture a product range of chlorine dioxide chemicals and low cost dosing systems which are much simpler and safer than other chlorine dioxide generators.

What Water Treatment applications can the Activ-Ox® Chlorine Dioxide System be used for?