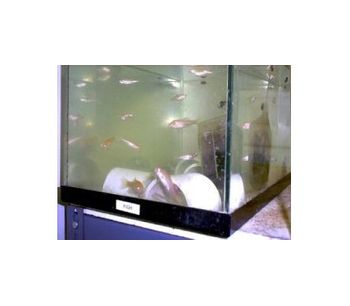 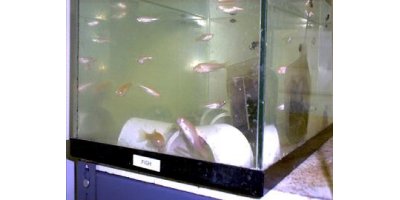 A vast majority of our work is performing whole effluent toxicity testing (WET Tests) for wastewater treatment plants and other point-source elimination systems. The state of Indiana and the EPA (Environmental Protection Agency) require all point-source elimination meet specific standards of toxicity before the effluent can be safely discharged into a stream,  river, or other waterbody. Our lab uses toxicity testing to accomplish this under EPA method EPA-821-R-02-013. Click on EPA Methods to learn more. The results from toxicity testing provide data to not only determine if a discharger is in compliance, but also helps regulators make decisions on NPDES permit requirements.

When performing a toxicity test, there are two mai...

When performing a toxicity test, there are two main species that are used and include the water flea (Ceriodaphnia dubia) and the fathead minnow (Pimephales promelas). Sometimes the green algae species Selenastrum capricornutum is also used. First, the wastewater (or effluent), is collected as a composite sample at the plant from an outfall. Second, six series of dilutions are made with the effluent including a control. Lastly, the test animals are added to each dilution (with replicates). Factors such as survival and growth (minnows) and survival and reproduction (water fleas) are measured over a seven day period (chronic testing). These animals can be quite sensitive to many contaminants in the water and are easily reared in the laboratory. Any negative effects of the effluent can be seen through reduced survival, growth, and reproductive rates.
Sometimes only acute testing is needed for a NPDES permit which typically last 48-96 hours. Along with the water flea and fathead minnow, a third species is sometimes used known as Daphnia magna or the giant water flea.

No reviews were found for Aquatic Toxicity Testing Services. Be the first to review!