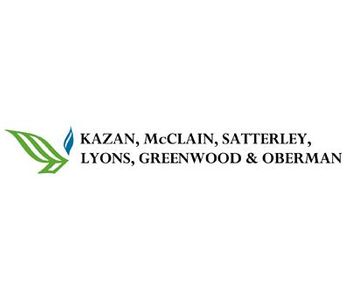 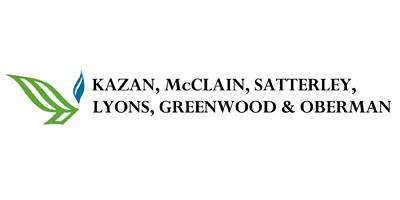 The first asbestos products lawsuit was filed on December 10, 1966, in Beaumont, Texas, by attorney Ward Stephenson on behalf of his client, Claude Tomplait. Mr. Tomplait had been diagnosed with asbestosis in July of that year. The defendants were eleven manufacturers of asbestos-containing insulation products, including Johns-Manville, Fibreboard and Owens Corning Fiberglas. The case proceeded to trial on May 12, 1969 and a week later the verdict was returned in favor of defendants.

But Stephenson was not deterred by this initial lo...

But Stephenson was not deterred by this initial loss. In October 1969, he filed a case for one of Mr. Tomplait's co-workers, a man named Clarence Borel. Again, he named numerous asbestos manufacturers. However, this time the result was different. The jury returned a verdict for Mr. Borel in the amount of $79,436.24. The verdict was appealed and on September 7, 1973, Ward Stephenson died. However, four days later, the Fifth Circuit Court upheld the award.

The legal battle on behalf of asbestos victims shifted to other parts of the United States. Starting in late 1973, cases were filed in many other jurisdictions.

In 1974, Steven Kazan filed a precedent-setting lawsuit on behalf of Reba Rudkin, who developed asbestosis after working for 29 years at the Johns-Manville manufacturing plant in Pittsburg, California. Kazan sued Johns-Manville in a civil lawsuit, even though Mr. Rudkin worked for Johns-Manville and the company would normally be protected from such a lawsuit because workers' compensation is the exclusive remedy for an employee suing an employer. But we argued that Manville and its executives should not be shielded from fraud and conspiracy charges.

In January 1978, at a deposition taken during the course of discovery in this case, Wilbur Ruff, the Pittsburg plant manager in the 1960s, was asked if there had been 'a policy in the company…not to talk to the employee about chest findings, findings that suggested asbestosis, pneumoconiosis or mesothelioma.' Ruff testified, 'Yes, it was policy.' [Brodeur p.167-168] It was known as the 'hush hush policy.' The evidence of fraud and conspiracy started to emerge.

During this period, numerous incriminating Johns-Manville documents were discovered that proved fraud and conspiracy. These included the personal records of Sumner Simpson, president of Raybestos Manhattan, who corresponded frequently with Vandiver Brown, General Counsel of Johns-Manville. The letters disclosed that as early as the 1930s these companies conspired to suppress knowledge about the hazards of asbestos.

Needing to authenticate this correspondence, former Firm principal Aaron Simon attempted (prior to his joining the Firm) to locate original documents signed by Vandiver Brown. Johns-Manville repeatedly claimed under oath that Brown was deceased, so Simon hired an investigator to locate a copy of his will and death certificate, hoping these documents would enable him to authenticate Brown's signature. Instead, the investigator found that Brown was alive in Waco, Texas, and a dues-paying member of the New York State Bar Association. In the end, Brown was declared incompetent to give a deposition. Instead, his guardian was deposed and he authenticated Brown's signature on the Sumner Simpson papers.

In November 1981, Steven Kazan tried the case of Bob Speake, a co-worker of Reba Rudkin. By this time a major victory had been won against against Johns-Manville, when the California Supreme Court ruled that workers could sue their employers when circumstances like those in Rudkin applied. This enabled Mr. Speake and other Pittsburg plant workers to proceed with their cases in civil court against their employer, Johns-Manville. In February 1982, Kazan obtained a verdict of $150,000 for Mr. Speake against Johns-Manville.

Paul Brodeur has written that this case marked a 'threshold in asbestos litigation' because it gave rise to a number of punitive damage verdicts against Johns-Manville. [Brodeur, p.177] The Firm set many other Johns-Manville factory worker cases for trial, but in August 1982, Johns-Manville filed for Chapter 11 bankruptcy protection to avoid paying compensation to the growing number of victims of diseases caused by exposure to its asbestos products.

Then a second wave appeared, of workers who were injured by exposure at sites where the asbestos-containing products were installed. Asbestos litigation diversified as these injured workers filed suit based on their exposure at shipyards (especially during WWII), refineries, railroads and power plants.

This was followed by a third wave of workers injured by asbestos exposure in the construction industry. They were exposed to different products - such as fireproofing sprays, drywall products, textures, and other asbestos-containing construction materials.

Thus, at the same time that manufacturers filed for bankruptcy, new defendants were brought into the litigation. These new defendants often included contractors, distributors, and the owners of premises like refineries and power plants.

They also included manufacturers of other types of asbestos-containing products. For example, in 1985, a former Firm principal obtained a significant victory against Johns-Manville's co-conspirator, Raybestos Manhattan: a $2 million verdict was won on behalf of an 81 year old retired brake mechanic who was dying of mesothelioma. This was the first verdict against an asbestos brake lining manufacturer.

The bankruptcies and other changes did not halt litigation on behalf of victims of asbestos-related disease, but they did make it much more complex and diverse, and the litigation was pushed in two somewhat divergent directions.

On the one hand, some plaintiffs' counsel tended to take on large volumes of cases, including many clients who were not necessarily sick from asbestos, but who had medical evidence that they had been exposed. Some of these offices undertook large-scale medical screening programs using mobile x-ray vans - a number of which have been criticized as fraudulent and are now the subject of litigation. As a result, some workers settled their cases for relatively small sums and were not fully compensated when they were later diagnosed with more serious asbestos diseases, like mesothelioma.

On the other hand, a few plaintiffs' firms began to limit their representation to a smaller number of seriously ill workers. By the mid-1980s, The Firm had decided to file cases only on behalf of workers with serious asbestos-caused disabilities, particularly workers diagnosed with mesothelioma.

Through the years, The Firm has remained at the forefront of asbestos litigation. For instance, in 1996 Firm principal Dianna Lyons took on the Appellate Court ruling in the Sullivan case. In this case (not originally a Firm case) a trial court awarded damages to a plaintiff, but he died while his case was on appeal. The Appellate Court had ruled that because he died before the appeal was concluded, he therefore lost the damages awarded him for his pain and suffering. Realizing the gross injustice this appellate court ruling would inflict on asbestos victims in California - as well as many other people suffering from catastrophic diseases who were unlikely to survive the years of waiting while their cases were on appeal - The Firm volunteered to handle the issue before the California Supreme Court. As a result of The Firm's arguments, the Supreme Court reversed the lower court ruling.

For individual victims of asbestos disease, workers' compensation awards are often a lifeline. In this arena The Firm has been a leader in formulating law about occupational diseases in California.

One of the major workers' compensation rulings achieved by former Firm principal Victoria Edises was on behalf of Harvey and Lucille Steele. Mr. Steele was diagnosed with a relatively mild asbestos disease in 1976, but eleven years later he came down with mesothelioma. The Firm filed a new workers' compensation application on his behalf. This new application was contested, but Victoria Edises prevailed when the court ruled that the same asbestos exposure can give rise to separate and different asbestos-related injuries and disabilities.

This ruling is especially important for asbestos victims because people with one disease (like pleural plaques or asbestosis) are at a much higher risk of later developing other asbestos diseases (like mesothelioma or lung cancer.) The Steele decision acknowledged that even though Harvey Steele had already filed a workers' compensation claim for one asbestos disease, he was nevertheless entitled to file another workers' compensation claim for the separate injury and disability he suffered when he became ill from mesothelioma.

After Mr. Force passed away, his wife brought a longshore compensation claim. The insurance carrier attempted to obtain credit against its liability for benefits to Mrs. Force, from the monies that Mrs. Force and other members of the Force family received in their successful third party case. Ms. Edises obtained a ruling that limited the credit to that part of the third party settlement apportioned to Mrs. Force. The amounts apportioned to the Force children were excluded. Additionally, the Court found that the employer had the burden of proving apportionment of any third party settlement between multiple parties.

Because of this ruling, insurance carriers can only receive credit for monies paid to the actual applicants and cannot receive credit for monies paid to other parties. For instance, if a jury awards damages to an injured asbestos worker and to his wife and three children, then under Force, the workers' compensation carrier can get credit only for the monies apportioned to the worker himself, and not for the monies apportioned to his family. The effect of this ruling is to enhance the overall recoveries of workers with asbestos-related diseases, and their families, from their workers' compensation claims and third party lawsuits.

Since the early years of litigation, the asbestos companies have often defended themselves by arguing that smoking is the cause of the injury. This is because of the synergistic relationship between smoking and asbestos exposure: the risk of disease for workers who smoked and were exposed to asbestos is very much higher than for workers who did not smoke.

However, when sued, the tobacco companies mounted massive legal campaigns to avoid any liability in asbestos litigation. They abused court rules about civil discovery and made it prohibitively expensive for small plaintiffs' law firms to sue tobacco companies. As stated in an internal document prepared by R.J. Reynold's counsel, they won by making sure that 'the other son of a bitch' spent all of his money.

Steven Kazan was among those who lobbied and testified in the 1998 congressional debate over Tobacco, and our firm is counsel to the Manville Personal Injury Settlement Trust and H.K. Porter Trust in their suits that seek contributions from the tobacco industry towards the cost of compensating victims of asbestos and tobacco-caused diseases.

On our website you can get more information about some of our significant trial verdicts and appellate decisions, attorneys, a description of what typically happens in an asbestos lawsuit, major types of asbestos-related disease, and other occupational practice areas that we handle.

No reviews were found for Asbestos Litigation Service. Be the first to review!