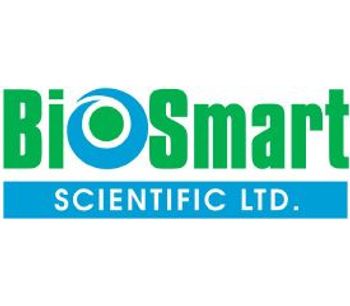 Today, environmental sustainability has become an objective both in our public policies and our business strategies. Biosmart's organic technologies have been devel¬oped hand in hand with the commercialization of ecologically sound products and associated technologies. Our goal is to create affordable biofuels, biogases and bioplastics in a manner that reduces our current dependence on fossil fuels. The use of Biofuels is one of the best ways to reduce the emission of greenhouse gases. Theoretically, biofuels can be easily produced using any carbon source; making photosynthetic plants the most commonly used material for production. Sugar or starch crops are grown and through the process of fermentation, ethanol is produced. Most of the resulting biofuels are derived from biomass or b/owasfe. Biomass is any material which is derived from recently living organisms. Most biomass obtained from plants and animals also includes their by-products.

In much the same way that alcohol is made, Biofuel is made by fermenting the sugar components of plant materials - chiefly from sugar and starch crops. Technology is being developed so that miscanthus grasses can also be used as raw materials for multi-alcohol production.

Bioplastics are a form of plastic derived from renewable biological sources, rather than traditional plastics which are derived from petroleum products. Some bioplastics are designed to be biodegradable, meaning they can be degraded by microbes over
time and under suitable conditions.

Bioplastics derived from plant sources can form thin films useful as mulch cover. At the end of the growing season, this mulch cover easily biodegrades. New technology has made this Biosmart approach cost effective.

Camelina needs little water or nitrogen to flourish; it can be grown on marginal agricultural lands and does not compete with food crops. It may be used as a rotation crop for wheat to increase the health of the soil. It's seed stock is a valuable source of oil for the production of biofuel.

The rapid growth, low mineral content, and high biomass yield of Miscanthus make it a favourite choice as a biofuel. Miscanthus can be used as input for ethanol production, often outperforming corn and other alternatives in terms of biomass and gallons of ethanol produced. Additionally, after harvest, it can be burned to produce heat and steam for power turbines.

Containing significant quantities of natural sugars, sugar beets can be used to produce alcohol based fuels by the fermentation of their sugars and starches in a similar manner as alcoholic beverages are made. The ethanol production methods used are enzyme digestions that release the sugars from their stored starches. The sugars can then be fermented into a wide variety of value-added products.

No reviews were found for Biodiversity & Renewable Resources. Be the first to review!