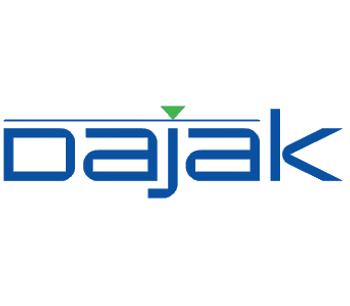 As people eat food and breathe air to derive energy for growth, so do the subsurface microbes that can beneficially remediate various contaminants. Fundamentally, bioremediation involves creating geochemical conditions conducive to microbial growth. As long as these organisms, sometimes called bugs, have something to eat and breathe, they will continue to grow and degrade the contaminants. The challenge, of course, is maintaining favorable subsurface, geochemical conditions over an extended time period.

It is important to note that bioremediation only o...

It is important to note that bioremediation only occurs in the aqueous phase. The bugs cannot degrade non-aqueous phase liquids directly. That said, some bugs can thrive in high aqueous phase concentrations of contaminants. Because there is equilibrium between the NAPL and aqueous phases, by lowering the aqueous phase concentrations directly adjacent to the NAPL, the microbial activity will enable more rapid NAPL dissolution. Thus, bioremediation can work quite well at sites where NAPL is present. Of course, we are now dealing with a dissolution limited system, which will take time to remediate. That is OK, as the microbes can continue to grow.

Important geochemical parameters include pH, oxidation-reduction potential, temperature, anion and cation concentrations, and the presence of inhibitory compounds or elements, such as chloroform or heavy metals. At challenging sites, it probably makes sense to do a treatability study. Although a successful bench-top study will not guarantee a successful field implementation, if the remedy does not work in the laboratory, there is no chance of it working in the field. Treatability studies demonstrate proof-of-concept and help to optimize the remedy.

Aerobic organisms tend to be ubiquitous, while the anaerobic ones may be found less frequently; however, we can usually add the bugs that we need inexpensively.

Perhaps the most critical issue regarding the successful implementation of a biologically based remedy is the delivery of the remedial amendments to maintain the proper geochemical conditions over a prolonged time period.

For chlorinated solvents, the injected substrates ferment and yield acetate and hydrogen, the electron donors. The bugs respire the solvent, which, in this case, is the electron acceptor.

Bioaugmentation –Adding the right bugs for the site specific contaminants.

Dehalococcoides is the only known organism that has been shown to degrade PCE and TCE to non-toxic ethene. Although Dhc is a naturally occurring microbe, it may not be at your site in sufficient quantities to adequately reduce the concentrations of the solvents. Also, not all variants of Dhc are able to degrade vinyl chloride, a daughter product of chlorinated ethene degradation, efficiently.

SiREM provides laboratory services related to the bioremediation of chlorinated solvents. Those services include:

inVentures Technologies provides a low cost electron donor solution and products that infuse gases into liquids, allowing very high aqueous phase concentrations of oxygen and hydrogen in groundwater. Because the products have no moving parts, operations and maintenance costs are exceptionally low.

Electron Donor Solution
EDS-ER is a water soluble, vegetable oil based product that is more than 92% seed oil. Thus, the cost to deliver the product is substantially lower than competitive electron donor solutions. Further, because the product does not include water, it will not freeze during the winter. By simply adding water prior to injection, the product instantaneously emulsifies, allowing easy injection into aquifers.

Features and benefits include:

Gas Infusion
The heart of the technology is a proprietary device filled with micro-porous, hollow fibers that provide an enormous amount of surface area, enabling the efficient transfer of gases into liquids. Keeping the gas pressure slightly below groundwater pressure ensures mass transfer without sparging.

No reviews were found for Bioremediation Services. Be the first to review!