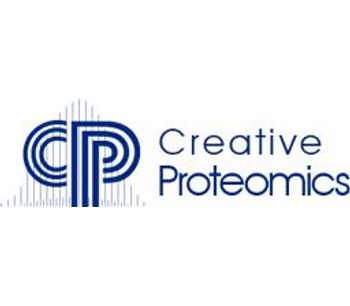 Peptide mass fingerprinting (PMF) is an analytical technique for protein identification. Basically, the unknown protein of interest is first cleaved into smaller peptides, whose absolute masses can be accurately measured with a mass spectrometer such as MALDI-TOF or ESI-TOF. Then these masses are compared to either a database containing known protein sequences or even the genome sequence which can be translated into proteins through computer programs. Then the absolute masses of the peptides from each protein are calculated theoretically for mass comparison between the peptides of the unknown protein and the theoretical peptide masses of each protein to find the best match.

The advantage of PMF method is that only the masses of the peptides is need to be known, while time-consuming de novo peptide sequencing is then unnecessary, as long as the protein sequence is present in the database of interest. Additionally, most PMF algorithms assume that the peptides come from a single protein while the presence of a mixture can significantly complicate the analysis and potentially compromise the results, thus an isolated protein is needed for the PMF based protein identification. Mixtures exceeding a number of 2-3 proteins typically require the additional use of MS/MS based protein identification to achieve sufficient specificity of identification.

In sample preparation for PMF, protein samples can be derived from SDS-PAGE and then subject to some chemical modifications. Disulfide bridges in proteins are reduced and cysteine amino acids are carbamidomethylated chemically or acrylamidated during the gel electrophoresis. Then the proteins are cut into several fragments using proteolytic enzymes to generate peptides for mass spectrometric analysis.

The digested protein can be analyzed with different types of mass spectrometers such as ESI-TOF or MALDI-TOF. MALDI-TOF is often the preferred instrument because it allows a high sample throughput and several proteins can be analyzed in a single experiment, if complemented by MS/MS analysis.

A small fraction of the peptide is pipetted onto a MALDI target and a chemical called a matrix and then the matrix and peptide molecules co-crystallize on the MALDI target and are ready to be analyzed. The target is inserted into the vacuum chamber of the mass spectrometer and the desorption and ionisation of the polypeptide fragments is initiated by a pulsed laser beam which transfers high amounts of energy into the matrix molecules. The energy transfer is sufficient to promote the ionisation and transition of matrix molecules and peptides from the solid phase into the gas phase. The ions are accelerated in the electric field of the mass spectrometer and fly towards an ion detector where their arrival is detected as an electric signal. Their mass-to-charge ratio is proportional to their time of flight (TOF) in the drift tube and can be calculated accordingly. The mass spectrometric analysis produces a list of molecular weights of the fragments which is often called a peak list for computational analysis. The peptide masses are compared to protein databases such as Swissprot, NCBInr, which contain protein sequence information. The results are statistically analyzed and possible matches are returned.

No reviews were found for Peptide Mass Fingerprinting (PMF) Services. Be the first to review!