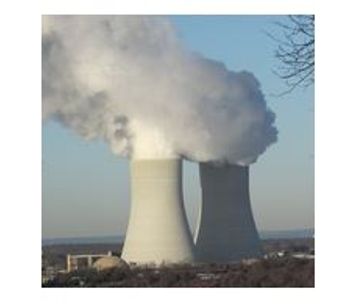 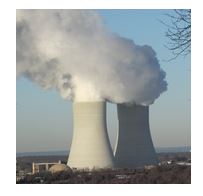 In industrial cooling towers, bacterial growth on surfaces (biofilm) causes serious problems, both contributing to the deterioration of materials and, most important, increasing the risk of harmful microbiological contaminations (e.g. Legionella pneumophila). For these reasons, large amounts of chemical substances (biocides) are used to limit microbiological growth in such systems.

In this open circuit cooling tower, the biocide tr...

In this open circuit cooling tower, the biocide treatment was carried out on a regular basis, and several parameters were monitored in real time. However, before the installation of ALVIM Biofilm Sensor, no real-time detection of bacteria was applied.

Considering that the ALVIM probe indicates:

observing the graph reported below, it can be noted that, during the first ten days, no biofilm growth was detected. To check the capability of the sensor to detect such bacterial colonization, the biocide treatment was stopped for some days. In a short time (days 10 to 15, in the Figure) the biofilm signal started to increase, therefore the biocide treatment was restarted. The ALVIM sensor showed that the treatment partially removed biofilm (days 16 to 20), but such treatment was not able to completely destroy the bacterial layer. Indeed, from day 22 to day 46, the biofilm signal gradually increased after each biocide injection, indicating that biofilm was still growing, even in its very initial phase. A manual cleaning of the probe was carried out, on day 46, to verify if the ALVIM signal was really related to biofilm presence and growth. After the manual cleaning, the ALVIM signal dropped back to the initial level, indicating that the biofilm was completely removed. However, the signal increased again even after the following injections of biocide (days 47 to 66), still indicating that such treatment was not able to completely kill biofilm.

The ALVIM Sensor provided a precise, early-warning indication of biofilm growth, that underlined the need of an additional, stronger sanitation treatment, to be applied at least occasionally. This case confirms that, thanks to the ALVIM System, it is possible to adjust biocide/sanitation treatments based on the real-time information provided by the Sensor and, at the same time, to check the effectiveness of such treatments. In this way, the proliferation of harmful bacteria, like Legionella, can be efficiently prevented.