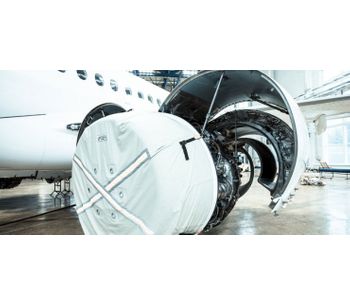 Enviro Tech has been working with customers in the aerospace industry for more than 20 years. Our specialists are more than just familiar with aerospace chemicals and aerospace cleaning products, we are experts in their chemical makeup and manufacture. In addition to our high-quality aerospace cleaners, we offer a full suite of services and amenities that our clients have come to know, trust and depend on. For a convenient, comprehensive solution that meets your unique needs and specifications, count on the professionals at Enviro Tech.

This product is a Boeing-approved, stabilized n-propyl bromide-based solvent for the replacement of trichloroethylene, perchloroethylene and 1,1,1-trichloroethane in aerospace vapor degreasing.

EnSolv 5408 is an aerospace cleaner that is listed as an approved material on Boeing’s commercial PSD 6-62 specification for use under BAC 5408 as well as Boeing military spec PS 12020 Rev Y. In addition, EnSolv 5408 has been approved by other major aerospace organizations, such as Bell Helicopter, Bombardier and many others.

EnSolv® 5408 is a patented, azeotropic mixture that can be distilled and reused through numerous cycles before it needs to be replaced. Although Enviro Tech offers stabilizer booster in 5-gallon pails and 55-gallon drums, the synergistic action of EnSolv® 5408’s patented stabilizer package typically precludes the need to ever add stabilizers to maintain the integrity of the solvent through normal use.

EnSolv® 5408 is the only Boeing-approved nPB solvent for vapor degreasing with a maximum boiling temperature above 160˚ F (max. boiling temp of 165˚ F). This higher limit provides an additional level of security, ensuring that the solvent in the vapor degreasing boil sump will never exceed the maximum temperature allowed in the spec due to the buildup of oils and contaminants.

This product is a BAC 5408 Boeing-approved, nonflammable, stabilized 1,2 trans dichloroethylene-based solvent. NEXT 5408 boasts exceptionally low human toxicity compared to the vast majority of aerospace solvents on the market today. NEXT 5408 was created for the replacement of trichloroethylene, perchloroethylene, 1,1,1-trichloroethane and n-propyl bromide in aerospace vapor degreasing.

NEXT 5408’s patented stabilizer package typically precludes the need to ever add stabilizers to maintain the integrity of the solvent through normal use. This patented, azeotropic mixture can be distilled and reused through numerous cycles before it needs to be replaced.