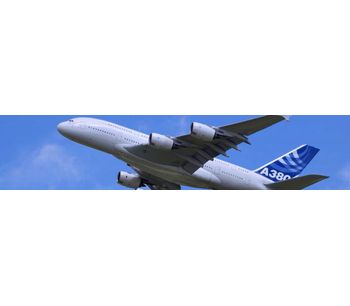 In every aspect of design specification whether it be on Airframe fuel systems or engine fuel systems the aviation industry knows that one of its biggest problems is ingress of moisture / water, as it can and does lead to catastrophic failures in aircraft engines.

For aviation fuels, there exists the EASA certification Specification Subpart-E 560 (d) which states ‘The fuel system must be designed so that any accumulation of likely quantities of water, which may separate from fuel, will not cause engine malfunction’.

According to an AAIB (Air Accident Investigations Branch) report, “Water is always present, to some extent, in aircraft fuel systems and can be introduced during refuelling or by condensation from moist air which has entered the fuel tanks through the tank vent system”

On January 17th 2008 flight number BA038 a Boeing 777 aircraft, crash-landed short of the runway at Heathrow airport. A 2008 AAIB interim report stated, “The investigation has shown that the fuel flow to both engines was restricted; most probably due to ice within the fuel feed system. The ice is likely to have formed from water that occurred naturally in the fuel whilst the aircraft operated for a long period, with low fuel flows.” The report further stated, “Not only from the users point of view do serious problems occur but water, being non combustible causes bacterial growth ‘diesel bug’ which is particularly evident in shipping, fuel storage (bunkering) and other aspects of refining.”

Although Jet fuel is sterile when it is first produced because of the high refinery processing temperatures it quickly becomes contaminated with microorganisms that are always present in air and water. Since microorganisms need free water to grow, microbial growth is concentrated at the fuel-water interface. Some organisms need air to grow (aerobic organisms), while others grow only in the absence of air (anaerobic organisms). In addition to food (fuel) and water, microorganisms also need certain elemental nutrients. Jet fuel can supply most of these. Higher ambient temperatures also favour microbial growth. Other factors affecting microbial growth and its control are discussed in ASTM D 6469, Standard Guide for Microbial Contamination in fuel and fuel systems.