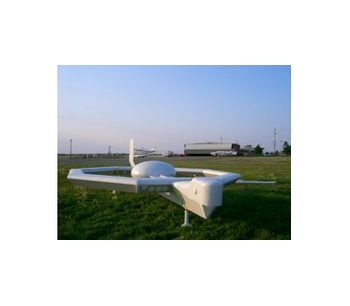 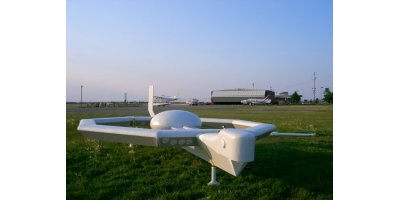 The AeroTEM system is a new and innovative approach to geophysical surveying. The original concept of a coincident coil helicopter-borne time domain system was pioneered by Aerodat scientists in the early 1980's under the guidance of Wally Bokyo (founder of Aerodat in 1969, and founder of Aeroquest in 1988). Aeroquest has since refined the system design into a practical and field-worthy exploration tool that is optimized to provide the maximum amount of information on a target conductor. The resulting combination of resolution, conductance discrimination, and geometric information is not possible with any other geophysical platform.

In 2002 Wolfden Resources made a significant discovery at High Lake where a regional AeroTEM survey led to a drill program that intersected Cu-Pb-Zn mineralization in what is now called the West Zone. High Lake is considered to be one of the highest grade undeveloped poly-metallic deposits in Canada and is providing Wolfden Resources with the opportunity to become a mid-tier mining company. The High Lake area had been heavily prospected in the past including a fixed-wing EM survey and over 100 drillholes. Wolfden Resources was named 'Prospector of the Year' for 2003 by the PDAC.

An AeroTEM survey led to the discovery of the Powerline Deposit in 2002, a Ni-Cu-PGM zone explored by FNX Mining Company Inc in the Sudbury Basin as part of an option agreement with Inco Limited. The FNX discovery was made within 75 m of a major power line corridor and is a testament to the highly focused footprint of the AeroTEM system. The discovery was made without any ground geophysics, with the three initial boreholes, spotted directly from the AeroTEM response, all encountering sulphide, the third hole grading 1.31% Ni, 6.7% Cu and 13.3 g/t TPMs over 42.3 ft.

Canadian Royalties advanced their exploration programs on their Mesamax and Expo-Ungava Deposits using AeroTEM II in 2003 as part of an integrated exploration program. Airborne and ground geophysics of the Expo-Ungava Deposit identified conductive targets that were determined to be high-grade mineralization within a large low-grade system. Drilling into what is now called the Expo Northeast Zone intersected 18.75 m of 2.12% Ni, 1.37% Cu, and 3.41 g/t Pt and Pd. The Mesamax Deposit, a resource of 1,450,000 tonnes grading 2.1% Ni, 2.7% Cu and 5.2 g/t Pt+Pd was expanded and a new resource is currently being calculated. The AeroTEM survey produced such a high resolution image of the conductive mineralization and highly folded formational sediments that Canadian Royalties Chairman Glenn Mullan reported in the Northern Miner 'it is already apparent that the new data being gathered will change the understanding of the geology and distribution of Ni-Cu-PGE mineralization' at Raglan.

The success of AeroTEM in advancing exploration programs has led to the demand for more AeroTEM systems and to the continued improvement of this technology. Aeroquest is committed to continued activity toward the advancement of its proprietary sensor technologies in general, and in taking its AeroTEM technology to the next level of performance in particular.

No reviews were found for AeroTEM - Helicopter-Borne Time Domain Electromagnetic System. Be the first to review!