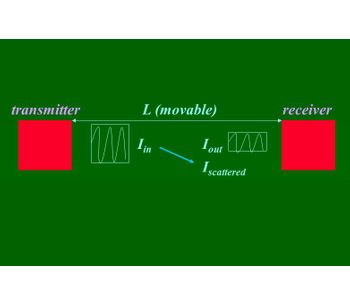 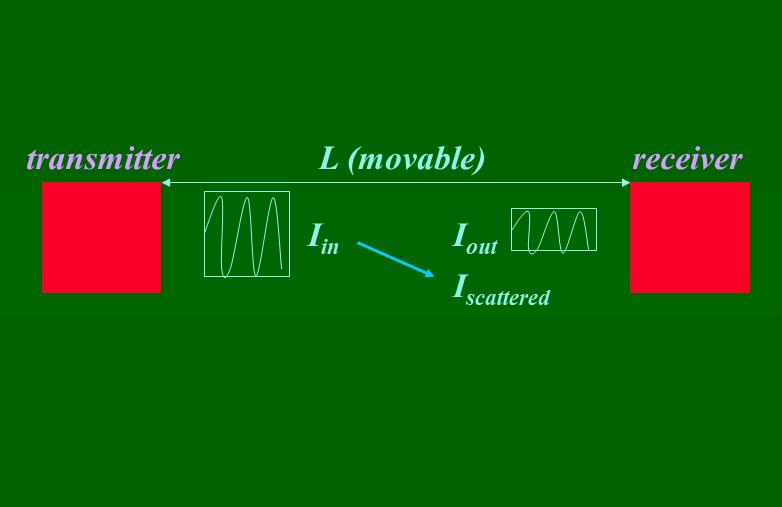 Share Share with Facebook Share with Tweeter Share with LinkedIn
Acoustic theory for heterogeneous system should yield a relationship between some measured macroscopic acoustic properties, such as sound speed, attenuation, acoustic impedance, angular dependence of the scattered sound, etc., and some microscopic charact

Acoustic theory for heterogeneous system should yield a relationship between some measured macroscopic acoustic properties, such as sound speed, attenuation, acoustic impedance, angular dependence of the scattered sound, etc., and some microscopic characteristics of the heterogeneous system, such as its composition, structure, electric surface properties, particle size distribution, etc. This relationship should be valid for a wide frequency range on MHz scale and a high volume fraction of dispersed phase.

Despite one hundred years of almost continuous effort by many distinguished scientists, there is still no single theory that would meets all of these requirements. For example, the best known theory, abbreviated as ECAH, following the names of its creators: Epstein, Carhart, Allegra and Hawley [1, 2], meets the first requirement, completely fails the second. The ECAH theory is constructed in two stages. We call the first stage the “single particle theory”, since it attempts to account for all of the ultrasound disturbances surrounding just a single particle. This stage relates the microscopic properties of both the fluid and particle to the system properties at a “single particle level”. The second stage, which we refer to as the “macroscopic theory”, then relates this “single particle level” to the macroscopic level at which we actually obtain our experimental raw data.

Both parts of the ECAH theory (“single particle” and “macroscopic”) neglect any particle-particle interactions and are therefore valid only for a dilute systems. For instance, in the ECAH “macroscopic theory” the total attenuation is regarded as simply a superposition of the contributions from the each particle, and is determined by only the reflected compression wave. This part, derived by Epstein and Carhart [1], is similar to the well-known optical theorem that declares that the extinction cross section depends only on the scattering amplitude in the forward direction.

There have been several attempts to extend this general two-stage acoustic theory to concentrated systems by incorporating particle-particle interactions. Obviously these extensions increase the complexity of the ECAH theory. However, the original ECAH theory, even without any modifications, is already very complex. Modifications to implement the particles interactions, such as outlined briefly above, are therefore practically impossible.

One might ask, is it necessary to develop such a general theory? Is it possible to introduce some simplifications, while at the same time providing room for more readily implementing these particle interactions? Such simplifications are indeed possible. It turns out that there are some quite general peculiarities of ultrasound propagation through liquid colloids that allow us to simplify the theoretical process. Historically these peculiarities prompted the introduction of six different mechanisms of sound interaction with colloids. We give here a short heuristic description of them all.

The “viscous” mechanism is hydrodynamic in nature. It is related to the shear waves generated by the particle oscillating in the acoustic pressure field. These shear waves appear because of the difference in the densities of the particles and the medium. The density contrast causes particle motion with respect to the medium. As a result, the liquid layers in the particle vicinity slide relative to each other. The non-stationary sliding motion of the liquid near the particle is referred to as the “shear wave”. This mechanism causes losses of acoustic energy due to shear friction. Viscous losses are dominant for small rigid particles with sizes less than 3 microns, such as oxides, pigments, paints, ceramics, cement, and graphite. The viscous mechanism is closely related to the electrokinetic mechanism which is also associated with the shear waves.

The “scattering” mechanism is essentially the same as in the case of light scattering. Acoustic scattering does not produce dissipation of the acoustic energy. Particles simply redirect a part of the acoustic energy flow, and as a result this portion of the sound does not reach the receiving sound transducer. The scattering mechanism contributes to the overall attenuation, and this contribution is significant for larger particles with a diameter exceeding roughly 3 microns.

The “intrinsic” mechanism refers to losses of acoustic energy due to the interaction of the sound wave with the material of the particles and the medium. It is unrelated to the state of division of the colloidal dispersion. It must be taken into account when the overall attenuation is low, which might happened for small particles or low volume fractions.

The “structural” mechanism links acoustics with rheology. It occurs when particles are joined together in some network. Oscillation of these inter-particle bonds can cause additional energy dissipation.

The “electrokinetic” mechanism describes the interaction of ultrasound with the double layer of the particles. Oscillation of the charged particles in the acoustic field leads to generation of an alternating electrical field, and consequently to an alternating electric current. This mechanism is the basis for electro-acoustic measurements. However, it turns out its contribution to acoustic attenuation is negligible. This makes acoustic measurements completely independent of the electrical properties of the dispersion, including the properties of the double layer.

We can divide all of the mechanisms of ultrasound attenuation into two groups, depending on the way the acoustic energy is transformed in the colloid. The ultrasound attenuation in heterogeneous system arises either from (1) absorption (the conversion of acoustic energy into thermal energy) or (2) scattering (the re-direction of incident acoustic energy from the incident beam). The combined effects of scattering and absorption can be described as the extinction cross section. In this respect, ultrasound is similar to light. There is a well known formula for light, “extinction = absorption + scattering” which is also applicable to sound. This formula is the basis for the acoustic theory that serves as a basis for our software that calculates particle size distribution from the measured attenuation spectra.

Adsorption of energy is often neglected in light scattering. In acoustics the situation is dramatically different. The absorption of ultrasound is easy to calculate. No special properties of the particles are required. The absorption of ultrasound by solid rigid particles depends only on their density, which is readily available or can be easily measured. In the case of ultrasound, absorption is not a complicating factor, like for light scattering. Instead, it is very important source of information about the particles, especially sub-micron particles and nano-particles. Ignoring this term means ignoring the major advantage of ultrasound over light as the characterization technique.

Finally, we offer several arguments in support of our view of retaining the historical viewpoint of Rayleigh and others.

The importance of particle-particle interactions is different for different mechanisms. For example, the attenuation of rigid heavy particles becomes a nonlinear function of volume fraction above 10%vl, reaching a maximum attenuation at 15%vl. This was confirmed by several authors and reviewed in our book [4]. It is interesting that we find this non-linear behavior to be independent of particle shape, and that it occurs at the same critical concentration, even for profoundly non-spherical particles . Perhaps this happens because, for long wavelengths, the particles behave essentially as point sources; shape effects are therefore not pronounced. This same phenomenon is found in light scattering.

The thermal loss mechanism, which is thermodynamic in nature, is less dependent on particle-particle interactions. This was shown to be true for several different polymer latices and emulsion [4].

The importance of particle-particle interactions, as it relates to the scattering mechanism, depends very much on the method of measurement. In principle, we can measure the sound scattered at some angle to the incident beam, or, instead, consider only the decrease in the intensity of the incident wave as it travels through the colloid. It is not widely understood that this choice of measurement technique plays a very important role in defining the necessary theory. In fact, the effect of “multiple scattering” can be minimized by measuring the attenuation of the incident wave as was clearly pointed out by Morse [3].

Hence, by choosing to measure the attenuation of the incident beam, the scattering mechanism becomes much less dependent on particle-particle interactions. The result is that the variation of the transmitted wave intensity remains a linear function, of the volume fraction, up to much higher volume fractions than would be possible if directly monitoring the off-axis scattered sound.

In summary, particle-particle interactions become an important consideration for viscous losses at fairly low volume fraction. Such interactions are relatively unimportant for scattering losses, even at very high volume fraction. Thus we can conclude that ultrasound absorption is the most important mechanism to address when developing a more general theory that takes into account hydrodynamic, thermodynamic and specific particle interactions. Development of an extended scattering theory to account for such particle interactions, the so-called “multiple scattering” problem, is of much less importance for acoustics. However, multiple scattering is indeed a major concern when attempting to analyze similar concentrated systems using optical systems

In summary, we conclude that there is a strategic approach for deriving acoustic theory which is an alternative to the ECAH theory. We give up the idea of considering simultaneously all the mechanisms of ultrasound attenuation for all ka. In return we are rewarded with the ability to incorporate particle-particle interactions into the theory of absorption. As a result, acoustics can be more easily applied to the characterization of real concentrated colloidal systems.